Because this situation absolutely requires a really futile and stupid gesture 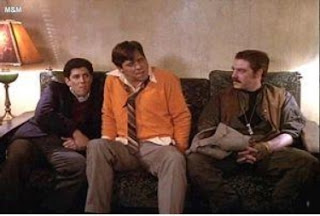 "Way too often, people pull out their insurance card and they say 'I don't know the difference or cost between an X-ray or an MRI or CT Scan.' I might make a little different decision if I did know [what] some of those costs were and those costs came back to me," he said.

This in the context of stating his young son broke an arm, but they didn't want to incur the cost of the ER, so they treated it like a sprain until they could go to the doctor the next day.

I don't know what insurance this idiot uses, but my insurance lets me know real damned quick the cost difference between an X-ray, an MRI, or a CT scan.  Because some they'll cover, and some they won't, and my large deductible means I'm paying anyway.

He also says the current health system "continue[s] to squeeze providers."  With absolutely no awareness that, without health insurance covering everything from hospitalization to office visits to prescriptions, providers would be back to what they were in the 1940's movie of Dr. Kildare:  hoping to marry rich after med school, instead of get rich after med school.  And most patients would be doing without the drugs that keep them healthy (and the drug companies "healthy," too).

In a similar vein, and proving he really is as dumb as a box of rocks:

“In the case of the president, he has a broad ability to organize the White House the way he wants to. He also has, frankly, the power of the pardon,” [Newt] Gingrich told WAMU’s Diane Rehm on Monday morning. “It is a totally open power, and he could simply say, ‘Look, I want them to be my advisers. I pardon them if anyone finds them to have behaved against the rules. Period.' Technically, under the Constitution, he has that level of authority.”


No, the President doesn't.  Among other reasons, because the courts would not recognize that as the proper use of the pardon power, and besides, the rest of the government has to decide the President can set aside any law he doesn't like (there is no criminal sanction to hiring a family member under the applicable law.  It's simply a non-event, like same-sex marriage was in most states before Obergefell.  Such a person simply can't become a government employee.  The President could have pardoned the Lovings for violating Virginia's anti-miscegenation statutes (they were arrested), but the President couldn't pardon a same-sex couple into marriage under state laws that didn't recognize such a union.*)  Contrary to what Nixon asserted, if the President does it it can still be illegal; and "illegal" doesn't just mean "you will go to jail."

Gingrich is not a lawyer, and doesn't even play one on TV.  He's just a guy who runs off at the mouth, which seems to be a commonplace with GOP public figures.

In other news, the only electoral votes to defect from Trump came from Texas.  Makes me quietly proud, in some strange way.  Was it a surprise no one else voted against the popular vote in their state, except petulant Democrats?

No.  This isn't, after all, a Hollywood movie.  And yet they really are all the mole people....

*I suppose Trump could pardon them for violating the laws on receiving classified information, but how long would it be before no one in the White House would let such persons anywhere near discussions of such information, and even Trump would face overwhelming pressure to comply with the laws?  No, there is no universe where Gingrich's thought experiment finds purchase....