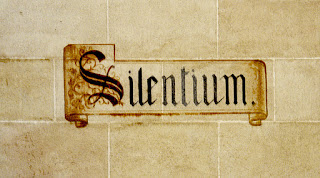 Too much meaty goodness here, and I won't do it all justice because I'll get started on one idea, and the others will race from my mind as I go too far in one direction (I know myself relentlessly well; that's not a good thing), but gotta start somewhere, so here we go.

First, the idea of Leninism in Russia.  I don't dispute Chomsky's facts or analysis, I just take it from a different tack and note that the Soviets did nothing except replace the line of Tsars with another line of Tsars, except this second line didn't have any hereditary claims to power.  I don't mean to oversimplify Russian history, but it's perfectly clear the culture of Russian governance didn't change after the Revolution, anymore than it changed in France after the French Revolution.  France returned to the monarchy, then slowly but surely moved away from it.  Russia just replaced rulers with rulers, and still struggled to enter there 20th century.  China, by contrast, has struggled to enter the 21st century and still maintain state control, something that is working for them except in Hong Kong; but Hong Kong doesn't mean they will fail.  It just means the culture of Hong Kong is not going down without a fight.

Make no mistake, the fight in Hong Kong right now is a fight of cultures.  Cultures, by my thesis, are almost as intractable as genetics.  My daughter, my wife insists, betrays facial expressions of family members on her side my daughter never knew (they were dead before she was born).  Genetics seems to express itself in behavior as much as environment does (she also acts/laughs much like me, but I raised her).  I've run into culture in churches, where congregations over 100 years old are still acting like the congregations of 100 years before.  Not in all ways, but in very fundamental ways, and changing that culture is as easy as changing someone's eye color.  The culture of Russia was shaped by the Tsars as much as by any individual force, and the Soviets just took over for them, even as Putin has done today.  The French replaced the monarch with the people, which is why it is said the government of France fears only the people.  The conclusion of this slight analysis and mostly bald assertion is:  Marxism never worked in Russia because it was never tried, and it was never going to overturn Russian culture.  Marx thought he understood history, but that's because 19th century was beeseotted by history and made it their secular god (Hegel was its high priest).  What Marx and the 19th century failed to understand was culture, something only the poets and writers (and eventually the anthropologists) took seriously.  Marxism fails because it is a-cultural.

That takes a bit more analysis to support, eh?  Never mind, leave it there.  Or consider it a starting point:  discuss.

One other point, of tangential connection:  the subject of socialism.  Chomsky defines it accurately, but it's hardly the meaning the term had when I heard it denounced in my childhood (or see it used by Trump, Jr. and others, today).  In my youth socialism was merely Communism-lite, the sort of gateway drug to godless atheism and tyrannical government.  Nobody talked about Sweden; we just pretended it didn't exist.  Today Chomsky's definition is still the more correct one, but I don't think it's the meaning Bernie Sanders or AOC have in mind, and I'm quite sure it's not the idea Millenials (to use a category broadly, a terrible thing to do) have in mind, either.  I suspect they are more interested in something that isn't strictly capitalism, the critique of which began in earnest with their parents' generation, and has bubbled under the surface ever since.  I suspect what they mean by "socialism" is closer to the liberalism of LBJ and the 1960's-'70's, before capitalism became the excuse and then the reason for ignoring those who need our help.

Or maybe they really do want to take over the means of production; probably with an app.

Campbell said politicians and voters — after informing their consciences — need to make "prudential judgments" about how to apply the church's teaching to politics. So do sisters.

For example, Network recently came out in support of the Equality Act, which would strengthen bans on discrimination against LGBT people by adding "sexual orientation" and "gender identity" to the definition of "sex" in federal civil rights laws. The bishops opposed the bill.

Network also disagreed with the U.S. bishops' conference on the Affordable Care Act, arguing that the bill adequately forbade federal funding of abortion, a position the bishops later adopted when they opposed repeal of the law.

"We've always been here," she said, adding that many progressives have "ceded ground" to the religious right by not publicly connecting their faith and politics. She said some Democrats are "nervous" about religion because they associate it with conservatism.

"Now, what we're having to do is claw back what was always there and claim it in the public space," she said, noting that 2020 presidential candidate and mayor of South Bend Pete Buttigieg, with whom she met while in town, does a good job of talking about religious values.

The biggest issue facing the country, she said, is economic justice.

"Income and wealth disparity is sucking the life out of our nation," she said. "And right now, the approach of the Republican Party is to shift as much money to the top as possible."

Still, Campbell said she believes many voters for President Donald Trump may feel their values are being "pushed out" of the cultural conversation, and she strives for "radical acceptance" of those with whom she disagrees politically.

I have, over time (or maybe I was always this way) become a bit less practical than Sr. Campbell.  Again, that's not to start an argument, just an opening for a discussion.  She is not at all wrong in her claims; I would just assert a less practical claim, and that has to do with spirituality.

I mean that as a religious term, but already we have a problem:  the non-religious and anti-religious will bristle at what I just wrote.  And "spiritual but not religious" is a popular American category for eating your cake and having it, too; for not disparaging religion, which is still not a widely accepted concept, but also for not being wrapped up in "religion because they associate it with conservatism."  Or at least with "Jesus Saves!" and once you are saved, your only obligation is to live well and occasionally drop a dime in a charity for the "deserving" poor, and otherwise you're done.  I mean spiritual in a very practical way, but not in a way science has yet defined, or will, for that matter.  Not in a way science even considers sound.  The "pscyche" in psychology is not just a more neutral term for "soul," which Christianity took over millennia ago (the original term in the Greek NT is "pneuma," which means "breath" or "air" and also meant "sign of life" because without pneuma, a body is a corpse.  The Platonic concept of the "eternal soul" was attached to Christianity centuries later.).  But "spirit" is not a term science will countenance, so "spirituality" is a term that is all too religious and therefore all too suspect for all too many people.

And that's as much a problem as being afraid of "religion because [we] associate it with conservatism," which is to say, with a particular kind of politics and Gott Mit Uns.  Yeah, I don't mean that.

Spirit is as necessary to the psyche as breath to the body.  We have evidence of cave art, of people crawling deep underground and taking light sources and supplies with them in order to paint on rock walls.  Why did people do that?  Because all the problems of material existence were solved, and they had some free time to kill spelunking and drawing?  Was it a religious ritual? If so, religion is deeply ingrained in us, indeed.  Was it artistic expression?  Same observation.  Both and a little bit of neither?  Most likely.  But it proves, if we need to look to the past to prove the present, that as far back as our knowledge of us goes, we needed art and we needed religion.  We needed, if I can combine the two without conflating them, spirituality.

A young man armored and armed himself and went to a building in Dallas and started shooting, and didn't stop until he himself was shot and killed.  Why?  "Insanity"?  "Mental illness"?  How are those terms more specific, accurate, or scientific, than "spirituality"?  Could it be his spirit was broken?  Could his problems be understood as spiritual ones?  I don't mean for clinical assessment and medical  or even psychological treatment.  But if we understand the psyche as almost wholly individual (sociology is not the psychiatric study of groups), can we also understand social behavior as a function, or disfunction, of spirituality?  What would happen if we did?

As I say, not as practical as Sr. Campbell's observations, which probably makes hers sounder then mine.  I'm practical enough, though, to evade, for the moment, a hard definition (or even a soft one) for "spirituality."  On the one hand, I don't mean the "feeling" one gets when one things something is "spiritual."  I have no complaint with emotions (they are a critical part of being human), but it is not a evanescent sense that I'm appealing to.  Neither, on the other hand, do I refer to the indescribable of Christian mysticism, perhaps best put into metaphor as the "cloud of unknowing."  I lean heavily toward Christian mysticism, and respect it to much to dabble in "pop" mysticism of either the "feelings" kind or of the "absolutely ineffable" kind.  Pushed to it, I would describe it more as God is described in 1 Kings, when Elijah finds himself in the presence of the Most High:

12 And after the earthquake a fire; but the Lord was not in the fire: and after the fire a still small voice.

13 And it was so, when Elijah heard it, that he wrapped his face in his mantle, and went out, and stood in the entering in of the cave. And, behold, there came a voice unto him, and said, What doest thou here, Elijah?


I don't intend to be more definite than that still, small voice; which definitely very, very few of us have ever heard, myself included.

To return to slightly more practical considerations, certainly the appeal of "socialism" is that "capitalism" is seen as the demand that as much money go to the top as possible.  But if I see the solution to that problem as a spiritual one, one where we learn to see everyone as not just equal to us, but sister and brother to us, and that the true practicality is based on the spirituality of caring for others is caring for yourself, am I wholly out in left field?   If I redefine the problem as not who the money goes to, but who our concerns and cares go to, am I shouting into an empty room?  If I understand"spirit" as something essential to human being, but different from psyche, handled and considered in other ways, can there be a commerce between us?