Thursday Of The Fifth Week Of Lent 2021 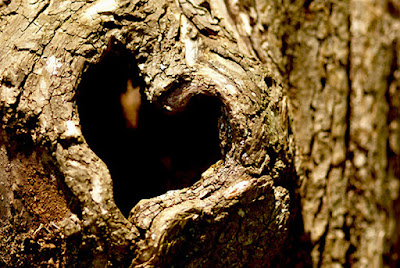 Jerusalem hath grievously sinned; therefore she is removed: all that honoured her despise her, because they have seen her nakedness: yea, she sigheth, and turneth backward.

9 Her filthiness is in her skirts; she remembereth not her last end; therefore she came down wonderfully: she had no comforter. O Lord, behold my affliction: for the enemy hath magnified himself.

All her people sigh, they seek bread; they have given their pleasant things for meat to relieve the soul: see, O Lord, and consider; for I am become vile.

12 Is it nothing to you, all ye that pass by? behold, and see if there be any sorrow like unto my sorrow, which is done unto me, wherewith the Lord hath afflicted me in the day of his fierce anger.

Those struck down by affliction are at the foot of the cross, almost at the greatest possible distance from God.  It must not be thought that sin is a greater distance.  Sin is not a distance, it is a turning of our gaze in the wrong direction.

The people who hanged Christ never, to do them justice, accused him of being a bore--on the contrary; they thought him too dynamic to be safe.  It has been left for later generations to muffle up  that shattering personality and surround him with an atmosphere of tedium.  We have very efficiently trimmed the claws of the Lion of Judah, certified him "meek and mild," and recommended him as a fitting household pet for pale curates and pious old ladies.  To those who knew him, however, he in no way suggested a milk-and-water person; they objected to him as a dangerous firebrand.  True, he was tender to the unfortunate, patient with honest inquirers, and humble before heaven; but he insulted respected clergymen by calling them hypocrites; he referred to King Herod as "that fox"; he want to parties in disreputable company and was looked upon as a "gluttonous man and a wine-bibber, a friend of publicans and sinners"; he assaulted indignant tradesmen and threw them and their belongings out of the Temple; he drove a coach-and-horses through a number of sacroscanct and hoary regulations; he cured diseases by any means that came handy, with a shocking casualness in the matter of other people's pigs and property; he showed no proper deference for wealth or social position; when confronted with neat dialectical traps, he displayed a paradoxical humor that affronted serious-minded people, and he retorted by asking disagreeably searching questions that could not be answered by rule of thumb. He was emphatically not a dull man in his human lifetime, and if he was God, there can be nothing dull about God either.  But he had "a daily beauty in his life that made us ugly," and officialdom felt that the established order of things would be more secure without him.  So they did away with God in the name of peace and quietness.

And they still do.

I say that we should visit Christ while there is opportunity, take care of him and feed him.  We should clothe Christ and welcome him. We should honor him, not only at our table, like some; not only with ointments, like Mary; not only with a sepulchure, like Joseph of Arimathea; nor with things which have do to with his burial, like Nicodemus, who love Christ only by half; nor finally with gold, frankincense, and myrrh, like the Magi, who came before all those whom we have mentioned.  But, as the Lord of all desires mercy and not sacrifice, and as compassion is better than tens of thousands of fat rams, let us offer him this mercy through the needy and those who are at present cast down on the ground.