In which ideas get their due regard 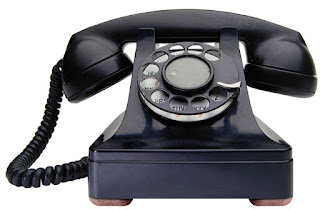 So now comes news the DOJ has subpenaed records of phone calls made by AP employees from ATT (or the phone company; whoever, these days, is the central repository of telephone records).  And it is quelle scandale and tout le monde is in despair over the death of democracy and the end of freedom.

Which, of course, is what the "gun nuts" say every time anybody says "guns" and "law" in the same sentence; but tout le monde knows those people are NOK, and that this is serious because AP is definitely OK ("Our Kind") and besides, what's the point of being tout le monde if you don't act like it?

But here's the problem:

DOJ did not "secretly" take the records of AP away from AP.  They got copies of records of phone calls made by AP employees on dates certain, and what they got was records of phone numbers called and the duration of the phone calls, as well as time of day of the phone calls.  What they didn't get was the content of those calls, since that content was ephemeral and has now vanished into the ether, or wherever phone conversations go, and can't be retrieved even by magic (why didn't Harry Potter have a "call back" spell?).

But DOJ got those records from the entity which generated them (ATT?  I dunno these days, but for convention's sake....).  The phone company generates a record of every phone call you make.  The government, if it wants to, can look at those records.  You have no expectation of privacy in such matters, except to the extent the government has to get a subpoena (ideally) to see those records.  The government also needs a court order to wiretap your phone, so I guess you could say you have a limited right of privacy over your phone conversations.  But is this a fishing expedition?

Well, it would be if the DOJ were acting like Ken Starr and trying to justify its existence by finding evidence of a crime, any crime, to keep it in business.  But the DOJ is investigating a crime, the unauthorized release of classified information.  Now maybe Washington classifies everything including the phone book, but that's a defense in court, not a reason to never investigate leaks.  But tout le monde has gone mad over the issue; or, as I like to put it:  Ox.  Gored.  Whose.

Rachel Maddow last night opened her show comparing the DOJ getting records openly from ATT (or whoever) to the "Plumbers" of Watergate break-in fame.  Yeah, that's a sane comparison.  The same issues are involved.  A legally issued subpoena is the same thing as a bunch of yahoos breaking into private offices to get information.  The basis for this comparison?  The "plumbers" were trying to plug leaks of classified information, too.

Now, this kind of request for records goes on constantly.  You can do it in civil cases, you can do it in criminal cases.  But you need a criminal case (to get a judge involved) or at least a grand jury investigation, to get a subpoena issued.  Almost by definition, that is not a "fishing expedition" (oh, it still can be, but let's not say every criminal investigation is a fishing expedition, or we will bring the entire criminal justice enterprise to a screeching halt).  The request was not made of the AP; they don't generate these records.  It was made about AP.  But just because AP is a "press agency," its activities are no more protected by the 1st Amendment than the average person's; or corporation's.

Reporters cannot engage in criminal activity and claim a "freedom of the press" exemption.  They can be prosecuted for receiving classified material, but that's a bootless enterprise, and is the real reason the New York Times was not prosecuted by the Nixon Administration for publishing the Pentagon Papers (the public's "right to know" will generally win in the courtroom over the government's interest in national security, at least with a jury and/or public opinion).  And, by the way, Ms. Maddow, the issue in that case was prior restraint; not a subpoena of NYT reporters' phone records.  Reporters also cannot shield their sources from all investigation.

I remember a "Murphy Brown" episode, from the Poppy Bush era, where Candace Bergen's character went to jail for contempt of court because she wouldn't reveal a source, even under penalty of law ("sub poena;" it literally means "Under penalty").  It was "ripped from the headlines," as the saying goes, and reflected the state of the law then and now.  Reporters can refuse to give up their sources, but the 1st Amendment doesn't protect them from going to jail.  Other laws protect them from being tortured to give up that information (maybe 9/11 changed that, though....); but they don't get a "Get out of jail free" card, anymore than they get a "King's X" over any request for records held by a third party which might be relevant to a criminal investigation.

This is not, in other words, the end of civilization and the death of democracy.  Not unless you want to apply the same standards to drug lords and wife-beaters and child molesters and terrorists and all the other low-lifes we don't have much respect for.  Granted, the rights of low-lifes should be protected, too; but at some point criminal investigations have to proceed, and have to probe you in places you'd rather be left unprobed.  So when you find yourself on the receiving end of a criminal investigation, remember some people find themselves in that position on a regular basis.

But they, of course, are not tout le monde.

If you will indulge me in an UPDATE:


On Tuesday, White House spokesman Jay Carney batted away the notion that the Obama administration is behaving like Richard Nixon's.

"People who make those kinds of comparisons need to check their history," Carney said.

Try as he might, though, Carney has not been able to tamp down the idea that there is something "Nixonian" about the Justice Department's secret probe of the Associated Press.

Tout le monde, in other words.

Wonkblog explains the critical issue here (apologies that this is presented so randomly):

The key here is a legal principle known as the “third party doctrine,” which says that users don’t have Fourth Amendment rights protecting information they voluntarily turn over to someone else. Courts have said that when you dial a phone number, you are voluntarily providing information to your phone company, which is then free to share it with the government.

This all dates back to a 1979 Supreme Court decision. Police had asked the phone company for information about the numbers dialed from a robbery suspect’s phone. The suspect objected, pointing to a famous 1967 ruling holding that the Fourth Amendment requires a warrant to record the audio of a phone call. He argued that the same principle ought to apply when the government records information about the numbers a suspect dials.

The Supreme Court rejected this argument. “We doubt that people in general entertain any actual expectation of privacy in the numbers they dial,” Justice Harry Blackmun wrote for the court. He pointed out that telephone customers are used to seeing numbers they’ve dialed on their monthly telephone bill.

And, to be tedious, the crux of the biscuit:

Journalists get a bit of a special deal here. The government has established special policies to guard against inappropriate surveillance of reporters. Before an FBI agent can seek a journalist’s call records, they must get special approval from the attorney general. But that’s merely a Justice Department policy, not a constitutional requirement. The policy could be changed in the future, and the lack of independent oversight makes abuses more likely.

The rest of the country doesn’t get even the modest procedural protection the government affords to journalists. The FBI likely didn’t need a warrant to obtain e-mail records that led to the identification of Paula Broadwell as the mistress of Gen. David Petraeus last year. Police officers have become increasingly aggressive in seeking records about the locations of suspects’ cell phones.

Journalists get "a bit of a special deal here" because they own the megaphone, and that makes them tout le monde.  Which makes this "1st Amendment" argument sound more and more like the NRA on the 2nd Amendment....

(According to Democratic Underground, the "secret subpoenas" were issued by a grand jury investigating leaks regarding the capture of the "underwear bomber."  Yeah, just like the "Plumbers" in Watergate....)