Who will rid us of these troublesome whingers? 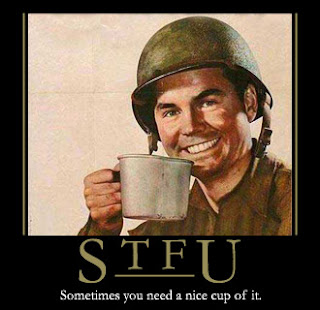 At the risk of stating the obvious, one big reason the James Rosen and AP controversies have become front page news is that “the news” is a key stakeholder in the story itself. Replace ‘reporters from accredited outlets’ with ‘nihilistic hackers’ or ‘advocacy orgs’ and the tone of the coverage we’re reading, and questions we’re hearing, would be much, much different. Instead reporters are, quite naturally, behaving in both their normal journalistic capacities here and in their ancillary roles as trade association members — and so the whole thing has taken on much more valence with the press than we’ve come to expect when the DOJ is discovered taking liberties with its investigative powers.

That’s something everyone should consider the next time we learn a non-media figure has been subjected to secret, invasive federal subpoenas, etc. Until then, I’d note that in this case the coverage disparity is due in part to the fact that — to coin a recently misquoted White House official — the reporting does not reflect all relevant equities.

For myself, I’d say that what officials did to James Rosen falls on the wrong side of where I’d draw the line. Of the million shades of grey here, one of them covers the vast and murky terrain between cajoling sources and actively facilitating lawbreaking. I think the burden on federal law enforcement officials to demonstrate the latter should be very high before they start accusing reporters of criminal behavior in court. And in this case, if I were setting the standard, I’d say they didn’t meet it (though I don’t set the standard, and a federal judge apparently disagrees with me).


Welcome to the real world:

What, you think everybody who's in jail is a hardened criminal from which society must be kept safe?  That criminals are not journalists because journalists mean well and have the 1st Amendment on their side?

The law isn't really ambiguous about this, and it hasn't changed since 1979.  As for accusing journalists of criminal behavior, why should the burden be any greater on the federal government than it is on the government for any other person?  Equal protection means equal protection; it doesn't mean extra super special protection for a privileged class that thinks it has a magic shield in a constitutional amendment.  Otherwise anyone in possession of a gun can't be accused of the crime of possession of a firearm when they are a convicted felon, and anyone firing a gun has to be allowed to force the government to face a very high burden before accusing them of a crime involving use of a gun.

After all, it's in the Constitution, ain't it?

Ox.  Gored.  Whose.  It's not just for Oklahoma and politics, anymore.

This is getting tiresome.*


That’s something everyone should consider the next time we learn a non-media figure has been subjected to secret, invasive federal subpoenas, etc.


It's called a criminal investigation.  Lots of people undergo 'em all the time.  But as they aren't friends of yours, you obviously don't imagine it's a common practice of your government.  As I said before, welcome to the real world.