"The first thing we do, let's kill all the lawyers..." 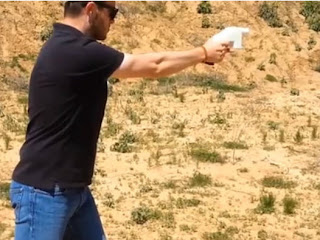 In a letter to the student, Cody Wilson, a [U.S. State D]epartment official wrote that... posting the files [for the "printable gun"] may have released “technical data” without authorization [in violation of arms exporting regulations].... Mr. Wilson...said that he would try to claim an exemption for the regulations because on the Internet the files would be in the public domain.

Anarchy just ain't as simple as it used to be.

Oh, and he pulled down the files for the gun; 'cause, you know, libertarianism.  Or something.