It ain't necessarily so.... 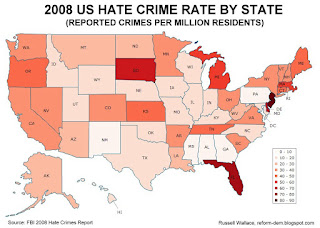 So, I read this at ThinkProgress, and I found it perfectly appalling:


Carolyn Compton is in a three year-old relationship with a woman. According to Compton’s partner Page Price, Compton’s ex-husband rarely sees their two children and was also once charged with stalking Compton, a felony, although he eventually plead to a misdemeanor charge of criminal trespassing.


And yet, thanks to a Texas judge, Compton could lose custody of her children because she has the audacity to live with the woman she loves.

According to Price, Judge John Roach, a Republican who presides over a state trial court in McKinney, Texas, placed a so-called “morality clause” in Compton’s divorce papers. This clause forbids Compton having a person that she is not related to “by blood or marriage” at her home past 9pm when her children are present. Since Texas will not allow Compton to marry her partner, this means that she effectively cannot live with her partner so long as she retains custody over her children. Invoking the “morality clause,” Judge Roach gave Price 30 days to move out of Compton’s home.

Long, long ago I practiced family law in Texas, and I never encountered a "morality clause" like this.  So I went to the article ThinkProgress got their post from.  I thought maybe this was something new; but no, it's something very old:

Ken Upton Jr., senior staff attorney for Lambda Legal’s Dallas office, said he is familiar with the case. He said morality clauses are rarely enforced and were historically used to prevent unmarried people from cohabitating with children present. Courts often include the clauses without people knowing, especially in conservative areas like Collin County, he said.

Well, that made more sense, because I practiced in a more "liberal" area of Texas, although I had some experience in the more conservative ones (buy me a beer sometime....).  Still, ThinkProgress went on to sound the alarm of doom and destruction:

Compton can appeal Price’s decision, but her appeal will be heard by the notoriously conservative Texas court system. Ultimately, the question of whether Compton’s relationship with Price is entitled to the same dignity accorded to any other loving couple could rest with the United States Supreme Court.

That seemed a little excessive to me, because frankly in the larger metropolitan counties the judges aren't nearly as mossbound and this judge clearly is, and I don't recall the courts overturning those judges right and left and enforcing a 19th century doctrine on family "lifestyle."  And my memory wasn't wrong:


The couple can appeal the decision, which would likely be overturned. Upton said many appeals courts look at the relationship and if it causes any harm to the children in deciding whether to honor the morality clause. Being that the couple already lives together with a healthy environment for the kids, Upton said they stand a good chance to win on appeal.

If the couple decides to appeal, he said the case could set an example in Texas for how courts will interpret the clause for gay couples.

“This could be an important case in Texas,” he said. “I think it’s a case to watch.”

So, yes, this case could wind up before the U.S. Supreme Court; but that's rather like predicting you'll bowl a perfect game because you got a strike in the first frame.  A bit premature, so say the least.

Texas has a reputation for being hidebound and moss-covered, but it ain't necessarily so.  Dallas County elected a lesbian sheriff a few years back (who may still be in office).  Houston has a lesbian mayor (funny nobody every mentions that in the national press).  Most of the major metropolitan areas are more liberal than not (all the metro counties went for Obama in 2008; it was the rural vote that went Republican, and even the rural South Texas counties went Democratic).  It's a more purple state than is commonly assumed, in other words; and in matters of Family Law Texas isn't really hidebound at all.

I suspect Mr. Upton is right, and this "morals clause" will be struck out on appeal, probably at the appellate court level.  Funny ThinkProgress didn't read that far into the article, but assumed because it "knows" Texas, it knows what the outcome of this case will be.

Thanks in advance for reading the rest of the article next time, not just the headline.