Everybody knows this is nowhere.... 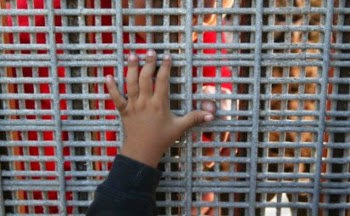 If there is a problem with how religion is perceived in America, it is this one:

“The ‘religion’ being rejected turns out to be quite unlike the religion being practiced and described by those affiliated with religious institutions. Likewise, the ‘spirituality’ being endorsed as an alternative is at least as widely practiced by those same religious people as it is by the people drawing a moral boundary against them.”


The idea, popular on many internet sites, that America is rapidly become a non-religious country is a false one (especially considering how much of a religion "atheism" tends to be, in America).  It is false for two reasons, one of which is alluded to in that quote (which is all I can find of the entire essay on-line, unfortunately):  the religion being rejected is probably some version of "God doesn't drive parked cars," when most people don't consider God and parked cars having any relationship, real or metaphorical, at all.

Despite truly radical changes in most mainline denominations, Christianity is still widely perceived in this country as being "against."  It is against gay marriages; or abortion; or birth control; or immigration; or taxes, big government, welfare, social justice; you name it.  That mainline denominations are by and large not against any of those things, and that they don't preach hellfire and brimstone and "sinners in the hands of an angry God" anymore, is not even noticed.  And, when it is, those churches are condemned (in some very small circles, to be sure) as not preaching the "true" Christian doctrine, even as the critics reject that Christian doctrine as hurtful and cruel.

Well, that's one side of it; the other is that the fire and brimstone/hellfire and damnation crowd still captures the American imagination; perhaps because it is so American.  "Paint Your Wagon" includes a frontier evangelical preacher calling down the wrath of God on No Name City because we're all quite sure such pastors frowned on the California Gold Rush.  "Inherit the Wind" is taken as an historical text because it fits our prejudices about Christian fundamentalists.  Weepers and wailers like Jimmy Swaggart and Jim and Tammye Bakker catch our attention far better than Robert Schuller or even Rick Warren, although none of those named are associated with the kind of Biblical justice we heard the Rev. Jeremiah Wright call down, albeit in snippets we tut-tutted over because here was a "radical" black preacher who had stopped preachin' and proceeded to meddlin'.  He was concerned with the conditions of our cities and people, not with the state of our souls; at least the other four I named had the courtesy to leave our lives alone, and only be concerned with how much better God wanted to know us and bless us.

Most of American Christianity seems to come down to that, based on the famous "separation of church and state."  The pastor and God can worry about the state of our soul, we'll take care of the state of our balance sheet and the condition of our neighborhood and city.  Which is part of why the preacher in "Paint Your Wagon" is a comic figure; he's trying to interfere with commerce, and we don't allow any religion to do that.  Why, the very idea is laughable!

Yes, there are reports of Christians doing good things in the world.  Those reports mostly come from Christians themselves.   We've heard from the Pope on this crisis on America's Mexican border; but besides a Catholic Bishop regularly getting on CNN or CBS or even FoxNews (and that because he's in New York City), have you ever heard anything from any other representative of any Protestant denomination?  Is the Presiding Bishop of the Episcopal Church a regular guest on network television?  (Did you even know they had a Presiding Bishop?).  Heard lately from anyone with the United Church of Christ (even though they put out press releases like the one I just linked to)?  See anything about what the Methodist church thinks or is doing, the PCUSA, the Evangelical Lutherans?  Do any of these people ever get on cable news, or a Sunday morning show?  Do you read about their positions in the New York Times, the Washington Post, USA Today?  Anywhere, aside from their own websites?  Church actions sometimes make local news, but that's about it.  We have a great respect for power in American media, which is why you can always get a quote from one of the "Princes of the Church," but to listen to Protestants who don't have TV shows or run universities or publish best sellers?

One thinks sardonically of Stalin's alleged statement about how many divisions the Pope has.  If you don't command money, what power do you command?

And yet "religious" people are out there; just like the poor and the homeless, honored more in the breech than in the keeping, regarded almost wholly as a faceless group with a small set of characteristics which make them either "religious" or "poor," and usually deserving of their benighted state.  After all, if you don't command money, what power do you command?

When I say "interfere with commerce," I don't mean religion must stand opposed to economics; but I do mean we have yet to learn to value people more than we value things, and the future is not looking any brighter because of that.  (Yes, I'm dropping in a lengthly article on a difficult subject related to what I'm talking about; that's what hyperlinks are for.)  Indeed, it may be that the greatest hope is that:

“The ‘religion’ being rejected turns out to be quite unlike the religion being practiced and described by those affiliated with religious institutions. Likewise, the ‘spirituality’ being endorsed as an alternative is at least as widely practiced by those same religious people as it is by the people drawing a moral boundary against them.”