"Go and sin no more" 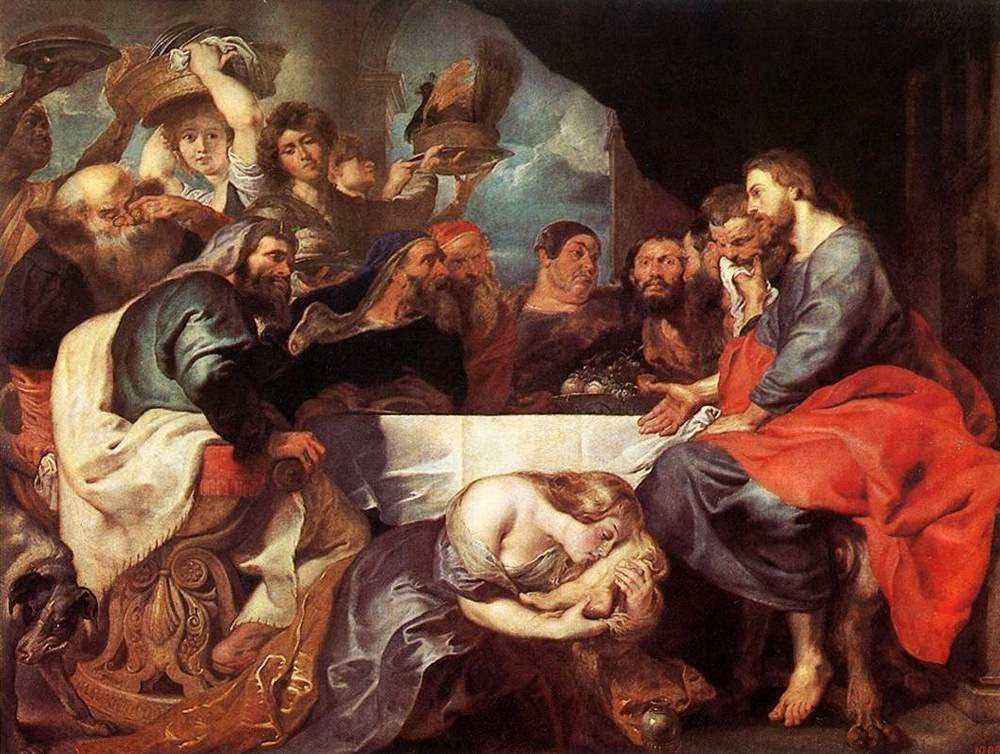 I just wrote this in comments at Slate, and I'm so pleased with it (although in an hour the glow may well have faded; and yes, pride is a sin) that I decided to post it here.  It begins with a quote from the article:


It does if you are determined to find those teachings. It's actually quite a bit clearer about food restrictions and other matters most Christians set aside now, thanks to Peter's vision of the "unclean" food in the book of Acts (the fight between Peter and Paul on whether to evangelize Gentiles or only Jews turned on that vision, at least in Luke's version of history).

But for some reason, we can't set aside the law (such as it is) on sex. We can eat cheeseburgers, we can't allow gays to rub their genitalia together.

It's a very persuasive argument, in other words, if you think God is terribly concerned with whose genitalia is touching whose, and under what legal (marriage is a legal contract, thanks to Protestantism) arrangement.

But if you note how much of the Scriptures are concerned with social justice, with care for the widow and the orphan and the alien among you, to use the felicitous phrasing of the KJV and most English translations, and note how often Jesus refuses to condemn anyone for their behavior (his favorite phrase seems to be "Go, and sin no more," which in context means "sin" is a burden put on you by society, not God, and you don't need to live your life condemned by your category; you are meant for more than that). then the whole concern with who rubbing genitals with whom, fades into silly irrelevancy.

Indeed, how you can ignore the former and obsess over the latter turns the whole concept of respecting the Bible as "God's word" on its head.

To which I would add, because I have the space here, the example of the prostitute in Luke 7:36-50.  Jesus not only refused to condemn her, he refused to even call her a sinner.  His "Go and sin no more" was precisely what I had in mind above; he wanted to liberate her from the shackles of prostitution she had been forced into by society, a society quick to condemn her sexual behavior (which may have been little worse than entering a roomful of men and washing their feet for payment; "prostitution" isn't limited to sexual intercourse for pay, especially in 1st century Palestine) and so condemn her to a life of prostitution.

And the "rubbing genitalia" together is not an accidental phrasing.  From the article:


According to the Judicial Council (the Supreme Court for the UMC), proving that one is a “practicing” homosexual means confirming that a person has had genital contact with a member of the same sex.