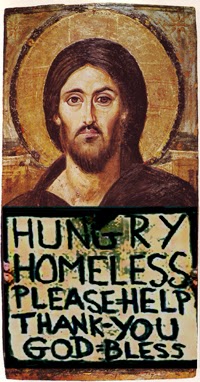 It seems the President, in Poe's felicitous phrase, is trying to out-Herod Herod.  According to Salon, Obama has done nothing but increase enforcement of immigration laws, with the result that " net migration from our southern neighbor [Mexico] has fallen to zero.  Of course, you wouldn't know that, from the fear mongering about how overrun our borders are now.

And the current crisis, the result of a law dating back to 2008, which was meant to be humane:

a 2008 law passed under George W. Bush requires that children from non-bordering countries be handed over to the Department of Health and Human Services for care and then go before a judge. The reasoning behind this is that, unlike with Mexican children who can be handed over safely to officials from their home country at the border, that isn’t possible with kids who hail from farther away.


Has prompted this response from the Administration:  "Obama was asking for the authority to treat kids from Central America the same as those from neighboring countries."

Fortunately, that didn't go anywhere.  But still, the children must go:


the White House announced it was asking Congress for $3.7 billion for more border patrol agents, immigration judges, detention facilities, and aerial surveillance. “It is a priority for us to make sure that it is both clear to people in the country that we will remove children,” said a White House official. “And that we in fact do that much more swiftly and efficiently than we are doing now.”


I could wish that Obama remembered his UCC roots (such as they apparently were; or were not); and that Jeremiah Wright were keeping good on his promise to tell the President when he was wrong:

On Tuesday, dozens of congregations from the Southern California Nevada Conference of the UCC will be represented in a faith-based delegation that will travel to Naval Base Ventura County in Oxnard, Calif., that is currently housing hundreds of migrant children. Organized by the National Day Laborer Organizing Network and the United Methodist Church, the group will seek entrance into the naval base to ensure transparency and oversight at the facility, assess its conditions, and advocate for the children being held inside.

"Once we hear back from the delegation in Ventura, we will know more about the need is there and how we can assist," said Keith Clark, executive associate conference minister of the Southern California Nevada Conference. "It's a situation where we will have to assess what is being done and how we can help with the immediate situation. I'm sure there will also be advocacy for the broader issues involved."

"We are called to care for the least of these and called to greet and care for the immigrant as well," Clark said. "It's the responsibility of the faith community and the UCC to meet the needs of these strangers who have come into our midst, and to help communities understand how we can have a loving response to those who are seeking our help."

As Auden said, may we, like them, show an affirming flame.