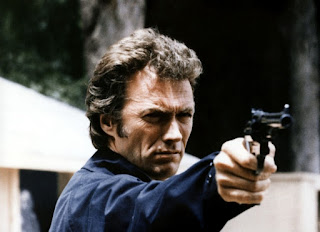 Nothin' a good guy with a gun can't solve.

I'm not a big fan of imprisonment as a way to disincetivize behavior, so when Dahlia Lithwick says we should enforce CAP laws and start locking people up as a way to prevent more preventable gun deaths by children and of children, I don't think much of the solution.

Not because it would be so hard to prosecute such cases, although it would be.  Lithwick puts this down to public attorneys being elected officials, but lawyers do have an ethical responsibility not to clog the courts with lawsuits that have little chance of success, and criminal cases especially should be brought when there is a high likelihood of victory, not just because the community, through its law enforcement, wants to "send a message."

As Sam Goldwyn is supposed to have said, if you want to do that, call Western Union.

The other problem with such enforcement is socio-economic.  The parents with money, the ones who can hire lawyers to defend them, probably can afford trigger locks and gun safes, too; and most likely have them.  Guns can be an investment, even hand guns; and gun safes are to prevent theft as much as to keep little hands from big triggers.  But gun safes are expensive, and many people who leave guns within easy reach do so because the gun was  big expense itself.  Putting them in jail sends yet another message to the lower class and lower middle class in America:  you are expendable.  Yes, you   abuse your child by leaving loaded guns around, but we will abuse you by using you to send a message.

That's the other part about sending a message:  you have to use up a messenger to do it.  It's most unlikely that messenger is going to be the richest guy in town.  And the message he gets is:  "Thank God I'm not like those poor people and their crazy ways!"

But of course that mindset, the mindset of basic gun safety, would undermine the argument of the yahoos who want to carry guns openly wherever they like, or concealed when on college campuses or almost anywhere else in public, and want to believe that the only think that stands between them and a home invasion is the loaded handgun with a round in the chamber on the nightstand, or on the table in the living room, or in the kitchen.  People, in other words, who have no concept of gun safety, have the most paranoid of beliefs about the country and society they live in, and have taken too much to heart the lessons about violence and guns that Hollywood movies have been preaching since Hollywood movies began.  The lesson that makes people listen rather than laugh when told "the only way to stop a bad guy with a gun is a good guy with a gun."

So even if we prosecuted enough cases of negligence in gun ownership to send a message, no one would think the message was aimed at them.  After all, they aren't the bad guy.