Cleaning out the attic.... 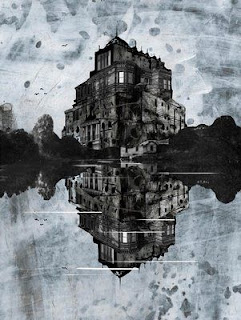 This is not the story I heard on NPR Monday morning, although the subject is the same (the linked story seems to be the only one available).  That story involved a study out of Germany with kindergarten students flashed pictures of sets (like apples and pears) and asked to determine how many of each were in the picture.  Mixed in with the pictures were pictures of their teachers.

The conclusion was the students who liked their teachers and saw their teacher's picture, did better on the test of cognitive skills; thus proving that student/teacher relationships matter to students.  This, Vedankram reported, may seem obvious, but because its science it gives credence to the idea for people seeking to "reform" education.

Because, apparently, God forbid we should talk to teachers about teaching.  I mean, what do they know?  Are they scientists?  Psychologists?  Sociologists?  Away with them, then!  It is only what science says that is true and can be trusted, can be quantified and so justify the expenditure of money, which is the great green god our culture worships, anyway.

The linked story is similar:  students who get along with their teachers do better than students who don't.  The teacher student relationship matters, which is why class size matters and why quality teachers matter.  It's also why "celebrity" teachers (the kind they were making movies about 20 years ago) are celebrities:  they have winning personalities.  Now, of course, if we could just manufacture enough celebrity teachers for every classroom in America, from kindergarten through college.

So, in teaching, it turns out that while things matter (computers, textbooks) and ideas matter (curricula), what first matters is people.  But people are not quantifiable, and we can't accept that human beings are relational creatures, until we at first turn that knowledge into scientific data.  It was obvious before that teacher/student relationships mattered, but now it's not just true, it's science!

What science reports is truthy.

Tell me again that science and the "reason" prated about by on-line atheists and Dawkins and Harris and Maher, isn't a religion.  It is accepted by some as blindly as any fundamentalist, and nothing is accepted that doesn't bear science's imprimatur or at least nihil obstat.