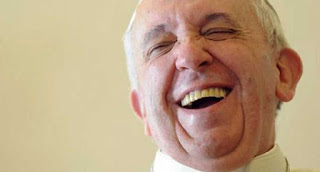 This is kind of interesting:

While most reactions to the 13 conservative cardinals who sent a letter to Pope Francis complaining that the outcome of the family synod was rigged in favor of progressives focused on the intrigue over the letter’s content and (supposed) signers, another significant element has flown largely under the radar.

Rather than highlight doctrine, tradition, or more direct social harms, the dissenters couched their concerns in terms of the effect of any reforms of marriage practice on the church, warning that it risked going the way of shrinking liberal Protestant denominations if it abandoned “key elements of Christian belief and practice in the name of pastoral adaptation.”

This is a long-standing contention of conservatives, as voiced most famously by Ross Douthat, who offers as proof the Episcopal Church, which aggressively adopted a host of progressive reforms to stay relevant, “[y]et instead of attracting a younger, more open-minded demographic with these changes, the Episcopal Church’s dying has proceeded apace.”


Of course, if you take that attitude to its logical extreme (abandoning "key elements of Christian belief and practice in the name of pastoral adaptation"), you end up with Westboro Baptist Church.  I'm not saying you have to end up there; but where do you put the brakes on?  At the point where the church is just where you want it to be?  But who is to say you, like Paul Ryan, aren't a squish, because of some position you held on the nature of sacraments some time back, that could indicate your feet are already on the slippery slope to perdition?  No, if we are going to insist on purity, we must insist on absolute purity!  And when you get to Westboro Baptist, you are about as pure as things can get.

Which is not the most obvious fault with the argument; but it is the most critical one.

If there is a similarity between Westboro Baptist and the critics of Pope Francis within the college of cardinals or among the bishops, it is on the issue of power.  Westboro Baptist is really only interested in power:  in who can be declared "out" with God, a group that seems to include the whole world except for the 9 (or so) members of Westboro Baptist Church.  It takes the power-hungry to perceive the power-hungry, even when there is nothing there but a mirror:

Conservatives have been pushing the idea for months that the synod isn’t just a meeting of bishops to discuss how the church’s teachings on the family can be made more relevant for Catholics, but a Machiavellian plot by Pope Francis and his allies to change church doctrine. As evidence, as per Douthat, they offer the fact that Francis has changed the synod procedures to allow for actual discussion about issues like the pastoral treatment of divorced and remarried Catholics or gay Catholics:

As Ms. Miller points out:

What Douthat doesn’t explain is why it wasn’t a “plot” for Pope John Paul II to stack the bishops’ ranks with conservatives; purge liberal bishops, theologians and dissenters from the church; declare teachings like the prohibition against women priests fundamentally unchangeable by future pontiffs; and then tee-up his own right-hand man to be the next pope to solidify his preferred reading of church doctrine.

The beauty of power is in the eye of the wielder.

And isn't this all bad?  Doesn't it point to the fact that religion is full of contradictions, or falsehoods, or hypocrisy?  That no one can agree on anything, and nothing is truly known?  To answer, I rather like this passage, from an article on a completely different topic:

But there are some key assumptions at play here, most of which break down a bit under closer analysis. What you tell a pollster about an election (“I’m voting for Marco Rubio”) and what you tell a pollster about faith (“I believe in God”) are not interchangeable statements. Elections offer discrete, limited, and registerable choices; they are giant polls, which pollsters replicate at a smaller scale, using the magic of statistics.


I would even challenge that two people vote for the same Marco Rubio.  By comparison to identifying God, identifying Sen. Rubio seems a rather simple task.  But any two supporters of Mr. Rubio will quickly sound like two blind men describing an elephant, if you ask them why they support the Senator for elected office, or after the election tell you the guy they voted for is not the guy now holding the office.  Ambiguity is baked into the pie of our reality.  It is that ambiguity people try to squash out when they declare God so wholly unknowable ("there is no proof!") as to be irrelevant.  I suppose The Cloud of Unknowing is no response to such people; but only because they've never heard of it.   And only because, as Wittgenstein pointed out, especially with regard to matters religious, this is very much a matter of language games.

And where "I believe in God" does not translate easily into percentages and pie charts, or indeed into even a clear statement about the nature of God or religious belief, battles over what God wants do translate into very clear outcomes:  I am right, you are wrong; and if I have the votes to prove it, then I win.  But such arguments leave us with variants of, not fundamentally apart from,  Westboro Baptist Church.  Such arguments leave us with drawing sharp, clear boundaries between "us" and "them."

And then along comes Jesus and says "Do you see this woman?"  And much to the despair of Westboro Baptist Church, this woman looks like Kim Davis.
Posted by Rmj at 12:37 PM