Letting the days go by 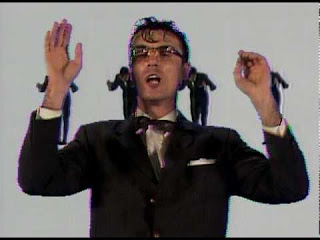 Current political issues are the least important and most ephemeral things in the world, and this blog should be about Serious Subjects and Weighty Matters of Philosophy and Theology and Other Deep Thoughts.

Aw, to hell with it!  Nobody reads this damned thing anyway!

First, you should know that Paul Ryan is refusing to be Speaker of the House because he's a squish.  A squish with a record of squish votes:

Coming out of Friday morning's party meeting, Rep. Louie Gohmert (R-TX) told reporters he could not back Ryan because of his support for the government bailout of Wall Street in 2008 during the depths of the financial crisis.

"I love Paul. He's one of the smartest guys here," Gohmert said. "Back in 2008 there were a number of us that committed that we simply could not ever support a speaker who fought so hard to pass the Wall Street bailout."

Because, you see, he just doesn't pass the purity test:

"Some of my conservative colleagues remember Paul Ryan's passionate please for the TARP, the Wall Street bailout -- he was asking them to vote for it several years ago," [Re/ Thomas] Massie [R-KY] said, "I don't have a problem with his ideology. I would want to talk to Paul Ryan about why he kicked conservatives off the budget committee, when he was chairman of the Budget Committee. So I am still supporting Daniel Webster."

Rep. David Schweikert insisted to NPR this morning that the problems in the House are about arcane matters of procedure, not about votes from 7 and 8 years ago.  Of course he also said the surprise withdrawal by McCarthy from the speaker's race had left House members actually talking to each other, rather than sticking to their little cliques.  He didn't mean the GOP was finally talking to the Democrats:

SCHWEIKERT:  What is fascinating, if you watched even the floor yesterday, the number of members who are running around talking to each other. So it's one of those unintended consequences of - you're having conversations with members that you typically almost never even crossed their paths.

SCHWEIKERT: Substantially, our own party, but even the Democrats coming over, hanging out with us saying, what's going on?


Whether Rep. Schwiekert is talking to members of his own Tea Party caucus remains unclear, however.  Still, that picture of a House where even Republicans don't talk to each other, is priceless.

Trey Gowdy, on the other hand, thinks Ryan can cause the House to come to Jesus:

Asked if anyone could unite the conference, Gowdy was unequivocal that Ryan was the man for the job. “Either him or the fellow who just spoke to us,” he said, “but he went back to Italy.”

And why did McCarthy walk away?  Because of some alleged sexual scandal?  Maybe; but not really likely.  Because he couldn't get 218 votes?  Or maybe because he didn't want to:

I’m my own man, McCarthy told them. I’m not John Boehner. I’m committed to creating a more inclusive House.

He laid out plans to create a “kitchen cabinet” consisting of leaders drawn from conservative groups such as the Freedom Caucus.

But they wanted him to make specific promises. Rep. Tim Huelskamp (R-Kan.), the leader of the House Tea Party Caucus, asked McCarthy to publicly oppose efforts by establishment groups — the U.S. Chamber of Commerce and others — to run radio and TV ads criticizing conservatives who defied their own leaders.

McCarthy would not commit to a public pledge.

The "inclusive House" language sounds like Schweikert talk, but the intent to include the Freedom Caucus and others indicates "inclusion" meant giving the vocal minority a larger piece of the pie.  Squeaky wheels want their grease.  But when he couldn't curtail the free speech rights of others, he was a squish, and he had to go.

For the moment the best entertainment value is still to be found in the worthless media response:

The media were completely shocked — as they are every single time the House GOP caucus behaves like the radicals they are. It’s not as if this is the first time, after all. But they had convinced themselves that it made sense that the amateurish Kevin McCarthy could transcend the troubles which plagued the much more experienced John Boehner. Despite years of evidence, they simply cannot accept that the Republican caucus is completely ungovernable so they, and the GOP establishment, turned their hopeful eyes to yet another savior: Paul Ryan who, just as Kevin McCarthy had been days before, was seen as a man uniquely capable of bringing the feuding factions together.

Digby goes on to quote Chris Matthews who, in response to McCarthy's withdrawal from seeking a job no one in his or her right mind would want, all but said mere anarchy has been loosed upon the world.  Maybe your world, Chris, but from where I'm sitting, it's pure entertainment!

And so much cheaper than dinner and a movie.

Ryan is still refusing to be the savior Joe Scarbrough says he must be, so the show is still going on.  I'm gonna have to go out for more popcorn.  Darryl Issa says he may run; and Jeb Hensarling and Pete Sessions are said to be thinking about it.  It's doubtful those two are the "Texans" Blake Farenthold was thinking of (hey, if Issa and Chavetz can do it, why not Farenthold?).  Between the clueless media and the certifiably insane House, this is like finding a new comet:  a once-in-a-lifetime event!
Posted by Rmj at 1:02 PM