To be honest, the whole post is just an excuse for this gif.  Again.

I could just link to this; the comments there are certainly worth preserving.  But be honest, who follows my links anymore? (Indeed, who reads this blog anymore?  I've been combing spam out of comments, and it's nostalgia or wistful thinking, but things used to be more interesting around her once upon a time.  I blame the host!)  I'll re-post it anyway, even though some of the links may be dead after a year, and the controversy of children crossing invisible neighborhood borders to ask for free candy is not quite as heated as it was in 2014.

I consider this something of a public duty now, trying to untangle the skeins of nonsense surrounding the winter European holidays.  Hallowe'en probably has nothing to do with Samhain so much as Samhain has to do with All Hallow's Even, and Christmas has bugger all to do with Mithra or the winter solstice or Saturnalia.  But that's putting Christmas ahead of Hallowe'en, and we have retail stores to do that every year.  Repeating this information in my little corner of the internet, where it basically disturbs the dust and mice in the corners, is my job.

Maybe if somebody would declare a "War on Hallowe'en" I could get in on that action......

Oh, and before we commence the re-post, there's a nice discussion of Hallowe'en and All Souls here (although my stats tell me most of you come here from Thought Criminal, so odds are you already know that.  Either way, it's enjoyable listening). 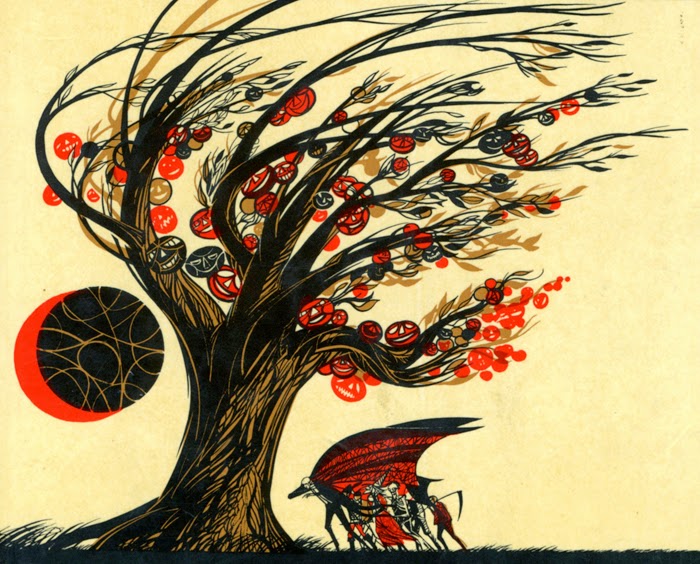