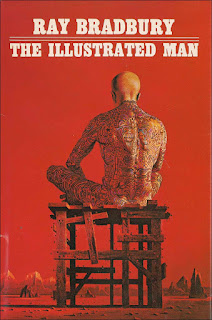 Still the only acceptable cover for that book, as far as I'm concerned.
*No, it has nothing to do with the post; but I found the video while searching for a link, and now I've got the ear worm.  It was blocking all other possibilities until I got it out.

Neal deG. Tyson loves to say:  "Science is true whether your believe it or not."

There's a long, complicated reason for that, having to do with interpretation theory and epistemology, among other things.  There's also a shorter version:  science is not a thing; science is a system of interpretation.  Science is simply what it was to the Greeks:  knowledge.  It is knowledge of the material world, but it is neither absolute, nor final, nor definitive of reality.  It is, at best, descriptive.

Consider:  the desk my computer sits on is solid.  It is solid whether I believe it is solid, or not.  My belief that it is a marshmallow is easily proven to be a delusion, if I try to smash it flat with my hand. Just as the man who mistook his wife for a hat was wrong when he tried to put his wife on his head, I am wrong to think my solid desk is a semi-solid marshmallow.

But science doesn't make the desk solid.  Science, at best, explains why the desk is solid (or, more likely, explains that, at the atomic or subatomic level, it isn't solid at all).  The desk is solid whether science explains it or not, whether I believe the scientific explanation, or not.

The problem is partially with the formulation:  Neal deG. has infelicitously expressed himself.  But the problem is also with the concept of "belief."  Whether I "believe" in science or not, it is true.  At one time, belief was understood to be assent, acceptance of an idea without requiring definitive proof.  Of course, David Hume marked "paid" to the idea of definitive proof, although the sons and daughters of defunct logical positivism still don't understand their cherished belief is a spectre.

Absolute knowledge is only one thing:  absolutely wrong.  The rise of fundamentalism has made some people a bit crazy, and left other people badly confused.  When Tyson says science is "true," what does he mean?  He means he accepts the tenets of science, even when they are false.  The Nobel Prize was offered today to two men who proved neutrinos, once thought to have no mass, actually have mass.  Granted, this work was done 15 years ago, and the wheels of the Nobel grind slow, but the point is the same:  science is true, until some new paradigm of science is true.

As Kuhn said; and the prophet is still without honor in his own country.

Still, what does Tyson mean when he says science is "true"?  It is not an idle question:  lawyers ask such questions all the time, and they are not eggheaded professors and brainiac philosophy teachers examining the qua qua qua.  What is "truth"?  Is what the client tells you the truth?  What the witnesses say?  What the next witness says?

In what way is science "true"?

I like certain foods, certain drinks, certain people.  I love my wife and my daughter, equally but quite differently.  Is this true?  Is it only true if science says so?  Can science say why, or how, this is true?  No?  That isn't "science"?  Ah; then what is true about science?  That neutrinos have no mass?  Except they do?

Is science true because it is self-correcting?  But when is it true, if it must always be corrected?  Isn't truth permanent and immutable?  So maybe science is "correct", whether I believe it or not?  Correct about what?  That this stone is heavy?  That's an analytical statement, says Hume, and it really doesn't tell me anything.  If science deals in synthetic statements, they can't be verified, so they can't be true.

So how is science "true"?  What is it science is "true" about, and in what way is that "truth"?

And then we're back to "belief," and what we mean when we say "I believe...."  Everyone has to believe in something, the old chestnut goes; I believe I'll have another drink!  I believe in God.  I believe in love.  I believe in never drawing to an inside straight.  "Have you heard this before?"  "No, I don't believe so."

Wittegenstein called this "language games."  He spent much of an incredible intellectual lifetime trying to point out how we use one word in so many ways, with so many meanings, and all of them correct, depending on the language game we are playing.  So scientific knowledge is true, says L.W.; but so is belief.  True, but in different ways.

It's a matter of faith; and faith is a matter of trust.  "In God we trust; all others pay cash."  I believe that is a wise notion.  I believe my daughter when she tells me what happened in the car accident she was in.  I believe my wife when she tells me she loves me.  I believe in the power of coffee, even though I also believe caffeine has a negligible effect on me.  Mostly because I trust my experiences with my daughter, my wife, the gallons of coffee I consume every week.

In me I trust; all others pay cash.

I am told neutrinos exist.  I am told neutrinos have mass.  I take this information as true on faith, because the proof is beyond me, the science and reasoning far past my areas of expertise.   Do I believe it despite knowin' it ain't so?  No; I accept it as true on trust, on faith, and I convert that faith into knowledge.  But does it make it true even if I don't believe it?  No; it makes it a valid statement within the system of scientific thought.  It is perhaps even true in the same sense that a given stone is heavy.  But it is not truth into the ages; it is merely a fact.  Within the system of scientific thought it may, for the moment, be extremely important.

Outside that system, however, whether or not neutrinos have mass means nothing to me whatsoever.

And if it isn't true to me, how can it be true?  This is the quality of the argument not only of on-line atheists, but of New Atheists like Dawkins and Harris and Maher.  If it isn't true for me, it isn't true.  It's nothing new; it's just an extreme form of solipsism.  Ray Bradbury would understand the consequences of that.

I believe.  I have faith.  I trust.  I know.  How we use these words depends on how we mean to use them, and Humpty-Dumpty was right:  "Who's to be the master, then?  You, or the word?"  Words do not have a unitary meaning; they have a designated meaning depending on the language game they are being used in.  My faith and science and my faith in God may seem contradictory, but only if you don't understand that one kind of faith is not like the other, and no definition of "faith" suffices for all uses we have for that word in English.

After all, if I say "blue," do I mean:  a wavelength on the electromagnetic spectrum; an emotional state; my old hound dog?  If I say I love Blue and I love my wife, am I necessarily confessing to bestiality?  Or admitting my wife is the same to me as a dog?

It may be true that neutrinos have mass; but the truth that matters to me is, I have an obligation to grade papers now.  Which truth is true for me?

I believe I'll have another drink!  of coffee; and then, back to work.