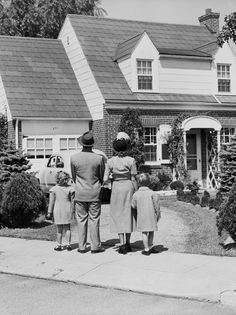 As we may have mentioned here before, it's important to remember that the late Adam Clayton Powell warned us against "Greeks bearing gifts and white men who understand the Negro." But the composition of the audience at the Sanders event is Greenville was so strikingly uniform that it fairly screamed out a message—that populism in America remains vulnerable to coded appeals to racial division and that, in Donald Trump, it has found that its vulnerability to authoritarianism is paradoxically part of its electoral strength. Gently, as in the Clinton campaign, and brutally, as in the Trump campaign, populism in America once again has demonstrated that it is too easily turned into a vehicle of division because the American Dream too often is a gated community of the furious and the deluded.


Or, in a word, the American Dream is based on scarcity, and how you don't want to be on the wrong side of that equation.  Yes, yes, it's all about prosperity and the car in the garage, the chicken in the pot, and 2.5 kids; but that's still scarcity, because it's always a zero-sum game that only certain people (preferably white, but it's not about race because in America it's never about race) can play, because including more people in the opportunities means fewer opportunities for the people who deserve them.

The ardent Millenials who support Bernie being all about free college and forgiven college loans and free healthcare so they don't need a job or have to buy insurance, and not really all that interested in social justice when it comes down to it, unless that comes after the free college and the free healthcare.  No more than Trump is offering social justice, no more (really) than Clinton is.

Then again, it wasn't populism that got the Civil Rights Act passed, nor the Voting Rights Act, or that supported the efforts of the Great Society.  The Texas Constitution is a product of almost pure, undiluted 19th century Populism.  It has provisions damning banks and railroads.    It was a farmer's constitution.  The city seal of Houston still has a railroad engine on it, so important was rail to the city once, so that rage was more honored in the breach than in the keeping.  Today Texas has one of the highest percentage of minimum wage jobs in the country (and nothing raising the minimum wage above the federal level in state law), and the highest percentage of children without insurance coverage, and some of the strictest requirements for Medicaid qualification (and a flat refusal to expand Medicaid, despite the best efforts of hospitals and counties in the state, counties that run hospitals for the indigent).

So, IMHO, it isn't just that economic populism "remains vulnerable to coded appeals to racial division," but that even populism is all about who's got, and who doesn't, and moving that Overton window around rather than smashing it, as the basis for a true revolution and a real attempt at, well, let's call it "mercy."