When Will All the Old White Men Be Gone? 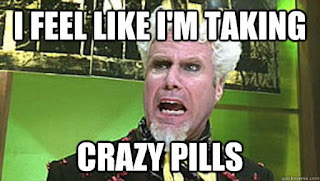 When people opine that once "this generation" (a vague reference to anyone older than Millenials, apparently) is gone (or just old white men, like your humble host), then the liberals and progressives in America will flourish because all of the "bad ideas," in culture, politics, what-have-you, will die with them and the "right" people will finally take over and run the country, from D.C. on down.

I was trying to think of a way to describe the persistence of cultures, and I thought of John F. Kennedy.  None of the Kennedys occupy a space in the public mind reserved for "devout religious believers."  They were cradle Catholics, but the mind boggles even trying to imagine JFK going to confession.  Does anyone think he felt the need to confess affairs with Marilyn Monroe or how many women he'd slept with since his last visit to the booth?  I don't mean to be judgmental; it's just not the public image of JFK any of us have.

And yet he was Catholic enough to scare the bejesus out of Protestants, and he had to assure the Greater Houston Ministerial Association that he wouldn't be taking orders from the Bishop of Rome.  Protestant memories of Catholic persecution are unfortunately long.  The Protestant/Catholic schism was a nasty one, and anger over it lingered a long time.  Eventually, however, as an historical issue, it became exactly that:  ancient history.

It was sometime after JFK that the ecumenical movement among Christians finally made some headway, and it still hasn't with certain Protestants who make it almost a statement of faith that Rome is the Biblical whore of Babylon.  But by the time JFK made his speech the Reformation which set out to change the Catholic church was nearly 450 years old (it will observe its 500th anniversary next year).  Undeniably the Reformation stirred animosities, but all the people who experienced that struggle died out centuries ago.  Even the  Puritans who were forced out of England when the Reformation took hold there ended their reign in America in the 18th century.

And yet Puritan attitudes persist, and some Protestants still despise the Church in Rome, and most are still uneasy with it.  I could easily trace the transmission of that animosity, but at some point the trail goes cold.  It's like the rhymes and legends you learn in childhood that it turns out your parents also learned as children.  But adults teach kids about Santa Claus, not about "Bloody Mary" and "eenie meanie minie mo."  Yet every kid knows those things, too, almost as an inheritance of growing up American.  Why do some "memes" persist, while others fade?  And who is transmitting them, that they are always nearly universal?

Which brings us back to the question:  when is the perfect generation finally going to take its place on the world stage?  When will all these attitudes and ideas we despise finally die out?

When will they ever learn?