Notes toward a new paradigm of truthiness 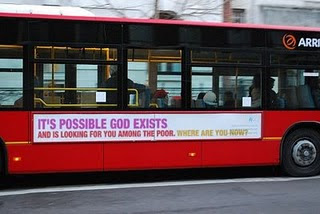 "Don't for heaven's sake, be afraid of talking nonsense.
But you must pay attention to your nonsense."--Ludwig Wittgenstein

Pay no attention to me, I'm just making notes in public about the "latest thing."  File under "No Sh*t, Sherlock!", if you wish; alongside practically everything NPR ever reports on from social science ("If it's science, we KNOW it's true!")

Somewhere in the history of Western thought in particular, we ended up with this model of subjects as primarily linguistic thinking beings. There’s this notion that the first thing that happens leading to an action is a word.

That’s what I see affect theory doing: upsetting this idea that human beings start with language and that we do what we do because we’re linguistic beings.


Well, not "somewhere," actually; it goes back to the Greeks, for whom logos meant both "word" and "reason."  It's pretty simple, really.  I mean, if where word and language became primary in Western thought is still a mystery to you....

And besides, this "problem" is the overwhelming concern of modern Continental philosophy, from Wittgenstein through Derrida (it's what "deconstruction" is all about; dethroning the primacy of the logos).  Again, this isn't really a mystery, except as it gives me the opportunity to re-examine Wittgenstein, Derrida, Austin, etc.

“In the beginning was the Word.”

Exactly. I think that there’s a very strong line of continuity between that notion of sovereignty as coming through language to where we are now, where we see language as fundamentally what power is.

Except John used the Greek word logos, with its dual meaning of "reason" and "word," and was incorporating the Greek concept of creation:  that logos imposed order on chaos, giving rise to the universe we live in.  Which is why John goes back to "in the beginning."  Again, this ain't rocket science; I learned this in seminary nearly 20 years ago, and it wasn't new thinking then, either.  As for the insight that "language [is] fundamentally what power is, " again, see Derrida, Jacques.  There's a lot of work been done on this with regard to religion,  too, especially by Derrida, who was employed as a professor of philosophy of religion for most of his very productive academic life.  Credit where it is due, and all.  Albeit, this is right, if rather weakly supported by "affect theory":

Many people think of religion as a set of propositional beliefs that can be written down in a book.

You see it right away in someone like Richard Dawkins. He sees God as a hypothesis. He sees it as a propositional statement that is reducible to a set of beliefs. But I think most people don’t really encounter religion in that way. They encounter it as affects moving through them. Even if their language insists on seeing it as a set of propositional beliefs, I think that there’s something more fundamental and more powerful going on there.

Or, as Wittgenstein said:

James was struggling with it, but that struggle has been superseded in philosophical and theological circles long since.  Both philosophers and theologians have dealt with "patent superstitions" and the meaning of the word "faith" for over a century, now.  What's truly frustrating is that nobody is paying attention outside of those circles.  We really don't need to rediscover fire again.  Which means the real problem with Dawkins is:  he doesn't know what he's talking about.

And, for no good reason except as a substitute for Richard Dawkins, I'll direct you to some perfectly absurd statements by Steve Weinberg here (the part in bold at the end, to save time) that are too long to quote directly, and set them against Wittgenstein:

For it is clear that when we look at it in this way everything miraculous has disappeared; unless what we mean by this term is merely that a fact has not yet been explained by science which again means that we have hitherto failed to group this fact with others in a scientific system. This shows that it is absurd to say 'Science has proved that there are no miracles.' The truth is that the scientific way of looking at a fact is not the way to look at it as a miracle. For imagine whatever fact you may, it is not in itself miraculous in the absolute sense of that :om. For we see now that we have been using the word 'miracle' in a relative and an absolute sense. And I will now describe the experience of wondering at the existence of the world by saying: lt is the experience of seeing the world as a miracle. Now I am tempted to say that the right expression in language for the miracle of the existence of the world, though it is not any proposition in language, is the existence of language itself. But what then does it mean to be aware of this miracle at some times and not at other times? For all I have said by shifting the expression of the miraculous from an expression by means of language to the expression by the existence of language, all I have said is again that we cannot express what we want to express and that all we say about the absolute miraculous remains nonsense. Now the answer to all this will seem perfectly clear to many of you. You will say: Well, if certain experiences constantly tempt as to attribute a quality to them which we call absolute or ethical value and importance, this simply shows that by these words we don’t mean nonsense, that after all what we mean by saying that an experience has absolute value is just a fact like other facts and that all it comes to is that we have not yet succeeded in finding the correct logical analysis of what we mean by our ethical and religious expressions. Now when this is urged against me I at once see clearly, as it were in a flash of light, not only that no description that I can think of would do to describe what I mean by absolute value, but that I would reject every significant description that anybody could possibly suggest, ab initio, on the ground of its significance. That is to say: I see now that these nonsensical expressions were not nonsensical because I had not yet found the correct expressions, but that their nonsensicality was their very essence. For all I wanted to do with them was just to go beyond the world and that is to say beyond significant language. My whole tendency and I believe the tendency of all men who ever tried to write or talk Ethics or Religion was to run against the boundaries of language. This running against the walls of our cage is perfectly, absolutely hopeless. Ethics so far as it springs from the desire to say something about the ultimate meaning of life, the absolute good, the absolute valuable, can be no science. What it says does not add to our knowledge in any sense. But it is a document of a tendency in the human mind which I personally cannot help respecting deeply and I would not for my life ridicule it.

Note Wittgenstein starts with the premise "if we look at it in this way."  That gives Weinberg a bit of an out ("are these things right or wrong?"), but Wittgenstein has the grace to respect it; what Weinberg cannot understand he deems beneath consideration.  Is this a limit of language, or of capacity?  If it's an affect, it isn't one as described by "affect theory."  Which is beginning to sound like an idea one turns to because philosophy and theology are too difficult.  Not that I disagree that matters important to people are not composed solely of ideas reached through the processes of cool reason.

But again, that's what Kierkegaard was on about, when he almost single-handedly invented existentialism; which is pretty much the sounder philosophical grounding of Romanticism.  (Which is to say both, these matters need to be put in context, and no, I don't agree with Wittgenstein that science is our only source of knowledge, if only because that's too narrow a definition of "knowledge."  But that's not an argument about affect or theory, either.  Because, as Ludwig says of some ideas, "their nonsensicality is their very essence."  Which is itself both Romantic, and existential; and maybe even deconstructionist.  Hey, a trifecta!  What do I win?)