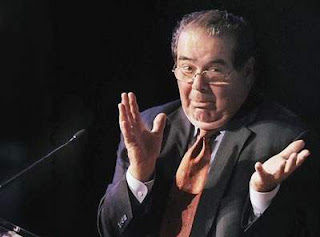 During an interval in the Melvinski trial in the large building of the Law Courts the members and public prosecutor met in Ivan Egorovich Shebek's private room, where the conversation turned on the celebrated Krasovski case. Fedor Vasilievich warmly maintained that it was not subject to their jurisdiction, Ivan Egorovich maintained the contrary, while Peter Ivanovich, not having entered into the discussion at the start, took no part in it but looked through the Gazette, which had just been handed in.

"Here, read it yourself," replied Peter Ivanovich, handing Fedor Vasilievich the paper still damp from the press. Surrounded by a black border were the words: "Praskovya Fedorovna Golovina, with profound sorrow, informs relatives and friends of the demise of her beloved husband Ivan Ilyich Golovin, Member of the Court of Justice, which occurred on February the 4th of this year 1882. The funeral will take place on Friday at one o'clock in the afternoon."

Ivan Ilyich had been a colleague of the gentlemen present and was liked by them all. He had been ill for some weeks with an illness said to be incurable. His post had been kept open for him, but there had been conjectures that in case of his death Alexeev might receive his appointment, and that either Vinnikov or Shtabel would succeed Alexeev. So on receiving the news of Ivan Ilych's death the first thought of each of the gentlemen in that private room was of the changes and promotions it might occasion among themselves or their acquaintances.

"I shall be sure to get Shtabel's place or Vinnikov's," thought Fedor Vasilievich. "I was promised that long ago, and the promotion means an extra eight hundred rubles a year for me besides the allowance."

"Now I must apply for my brother-in-law's transfer from Kaluga," thought Peter Ivanovich. "My wife will be very glad, and then she won't be able to say that I never do anything for her relations."