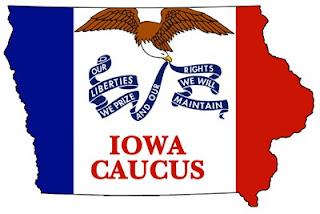 As I write, these are the results from Iowa:

That's with almost 95% reporting.  For the GOP:

These votes will change a bit, but it's the numbers that fascinate me.  Essentially the fate of the candidates for the Presidency is "winnowed" by about 200,000 people for the GOP, and less than 1500 for the Democrats.  These results will remove some candidates, and give some others bragging rights and "Big Mo."  Maybe.

What each party does with the results of these caucuses is another matter.  Winners and losers are entirely in the eye of the beholders, and their spin doctors.  Will this break the election "wide open" for some candidate?

Really, why the hell should it?