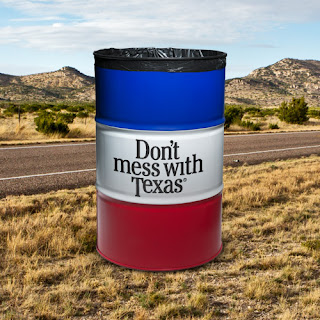 This may turn into something:

The state’s consumer protection division, working for then-Attorney General Greg Abbott, sought permission in May 2010 to pursue what it believed was a strong case to sue Donald Trump and Trump University for bilking Texas taxpayers out of more than $2.6 million.

But that lawsuit was never filed.

Instead, the investigation Abbott had opened into the now-defunct real estate training program and Trump, now the presumptive Republican nominee for president, was dropped and Trump University agreed to cease operations in Texas.

The former deputy director of Abbott’s Consumer Protection Division now alleges that the attorney general office’s decision to quash the lawsuit against Trump — later a major donor to Abbott’s campaign — was a political move that left Texas consumers “high and dry.”

“The decision not to sue him was political,” John Owens told The Dallas Morning News. “Had [Trump] not been involved in politics to the extent he was at the time, we would have gotten approval. Had he been just some other scam artist, we would have sued him.”

Why?  Because Abbott was Attorney General at the time, and this is what was squashed:

According to internal documents provided to The News about the state’s investigation into Trump University, the consumer protection division filed a formal request May 6, 2010, to sue both Trump and his namesake real estate program. Five days later, it set out settlement options to help Texas taxpayers get back the more than $2.6 million they spent on seminars and materials, plus another $2.8 million in penalties and fees.

Both requests were denied, an unusual decision, Owens says, that was made at the top of the agency.

“The refusal of the administration to do anything stunk,” said Owens, a career state employee who worked under three attorneys general and received a commendation for having “greatly contributed to the accomplishments of our office” from Abbott upon his retirement in 2011.

“We routinely got approval to sue people. We routinely went after bogus schools that offered false diplomas,” he added.


And Abbot later got $35,000 in campaign contributions from Trump.  So this has strong legs and some stench to it.  But there's more.

The current scandal in Texas involves paying state employees when they are no longer working.  It's a bit complex, but it boils down to keeping people on the payroll for months, if not years, after they are off the payroll.  This practice first came to light with the Texas General Land Office (a constitutional office; Texas governance is weird); but it soon turned out the practice was common in several state agencies, prompting Abbott to have to issue a directive ending the practice.  Observers agree Abbott was trying to get out in front of the Lege, who will want to address that in January when they meet again, and in front of any scandal involving wasting public monies.

Then there's the fact Abbott has endorsed Trump; but Trump is not that popular in Texas, at least not among GOP donors.  That might not matter in November, but it does matter to the GOP supporters Abbott has to appeal to.

Add to that the fact the current Texas AG faces criminal indictment for fraud and an SEC suit for fraud.

Refusing to sue a fraudulent enterprise like Trump U. and recover money for people who lost it is not going to sit well in Texas, nor redound to Abbott's credit.  And it makes the Trump U. story a "local" one.

Hillary has speculated that she could turn Texas blue.  Abbott and Trump may end up helping her toward that goal.