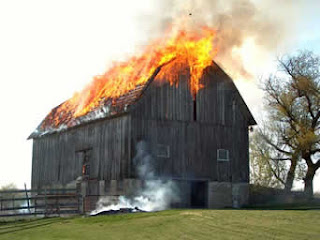 The barn is on fire, the horse is out, and Ken Paxton brings the kerosene:

Republican Texas Attorney General Ken Paxton moved Friday to muzzle a former state regulator who says he was ordered in 2010 to drop a fraud investigation into Trump University for political reasons.

Paxton's office issued a cease and desist letter to former Deputy Chief of Consumer Protection John Owens after he made public copies of a 14-page internal summary of the state's case against Donald Trump for scamming millions from students of his now-defunct real estate seminar.

And yet this is the most interesting bit:

Trump, for his part, is standing by his namesake real estate seminars, saying he plans to resurrect Trump University if elected president.