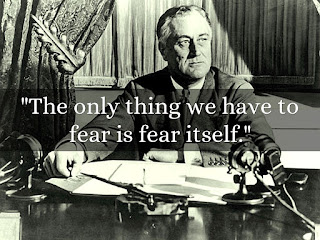 The very reason Donald Trump is the nominee (presumptively) of the GOP is the reason a man shot up a gay nightclub in Florida.

Fear of the other.

Is there really any separation of the mindset of Donald Trump from the mindset that says I should shoot up gays in a nightclub because two men kissing upsets me?  It is a distinction of intensity, since neither Trump nor his supporters (no word on the shooter's political inclinations, but who cares?) have taken to violence themselves.  But the frustration that fuels Trump's campaign is of a piece with the anger that causes a man to murder as many people as he can.

Donald Trump wants to get elected on that fear.  Indeed, the shooter is described as "belligerent, toxic, and racist."  Precisely the attitude Trump represents.

Denise McAllister on NPR this morning, in support of Donald Trump and in response to the Orlando shootings, argued that Americans need to unite behind fear; that fear is needed to draw us together so we can fight the other, the enemy.  We need, she said, to declare war so we can give police the free rein they need to investigate killers like this shooter.  Cokie Roberts was too useless in opposition to point out this shooter had already been investigated twice by the FBI.  Apparently we are to suspend the Constitution because this crisis is more serious than any war this country has ever faced, including the Civil War. 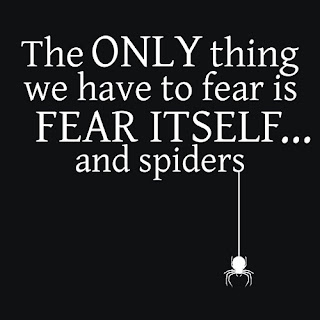 Because spiders really freak me out.....