(Not quite) "All is revealed"* 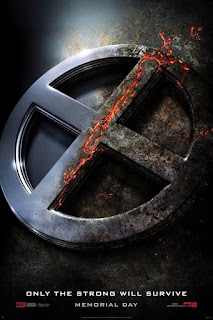 Not coincidentally, it's about a guy who has power,
and thinks that entitles him to rule the world.
He also wants to burn it all down and raise a better world from the ashes.
You can't make this stuff up.  Well, in this context, anyway....

I wrote it; then I thought, "Oh, leave it alone!"  And I was going to; until I read this; and it convinced me that while Orlando and Trump's Hindenburg imitation are garnering all the attention, Bernie is still out there somewhere, flailing his arms and insisting he's relevant until July in Philadelphia.  So, for that reason:


Sanders spent the weekend back at home, huddled with supporters in Vermont and he reportedly plans to address supporters via teleconference on Thursday about how “the political revolution continues.” But on Tuesday, the senator traveled to D.C. where he delivered a speech calling for specific electoral reforms in the Democratic presidential primary process.

“I think the time is now, in fact the time is long overdue, for a fundamental transformation of the Democratic Party,” Sanders said, after opening remarks forcefully condemning attempts to scapegoat all Muslims for Sunday’s mass shooting in an Orlando nightclub.

So, obligatory remarks about the Orlando shooting and Trump's idiocy, and then on to the main event:  closed primaries stole my election!

There have been 40 state contests so far, 27 primaries and 13 caucuses. Nineteen of those primaries  were accessible to independent voters. Yet Sanders only won six of them, and two were his home state of Vermont and neighboring New Hampshire.

Hillary Clinton has only won six more states than Sanders, and she won all eight closed primary states. Would throwing all those contests open have made a big difference?

If you want to see the complete list of open and closed primaries, and who won which ones (victories depend much more on geography/demographics than on party rules for who can vote), it's here.

The kicker is here:

The reality is that, in general, primaries were unfriendly terrain for Sanders. His wheelhouse was the caucus, pocketing 11 out of 13. The low-turnout meeting-style contests are known to favor liberal candidates, having buoyed George McGovern and Barack Obama to their nominations. Sanders recently said, “We want open primaries in 50 states in this country.” If he means that literally, and would end caucuses altogether, that would certainly increase voter turnout in those states. But it also would risk ceding what’s now populist turf to establishment forces.

These facts are important for Sanders’ his fans to know. Not to rob them of their comforting rationalizations and make them wallow in their misery, but so they can best strategize for the future.

But if they believe that the nomination process is the obstacle preventing the will of the people from enacting that change, then they are letting gut feelings overwhelm hard facts.

The only explanation for the sudden obsession with closed primaries is that we’ve just had five of them in the last two weeks. The truth is the race was lost long before, when Clinton build an essentially insurmountable lead by sweeping the largely open primaries of the South and lower Midwest. Sanders’ recent defeats stung badly because his die-hard supporters wrongly believed his caucus streak meant he was gaining momentum. They should not let that sting cloud their vision.

I left that whole for the context, but it's the first line of the last paragraph that points out this article was published on May 2.  It is now June 15, and Sanders has yet to recognize he lost, fair and square.  It wasn't just his supporters who believed his caucus streak meant he finally had "Big MO"**; that came from the top down.  It isn't Sanders' supporters who have been deluding themselves all this time; the delusions started with the candidate.

Sanders is clinging to this idea like a shipwreck victim clings to a floating piece of flotsam.  But it's all my balls, in Charlie Pierce's eloquent phrase.  Clinton has secured the Democratic nomination, Sanders is too old to ever run again, he has never been a Democrat, and now, in the context of the worst single-shooter massacre in U.S. history, he's abandoned any pretense that he's interested in social justice or even healthcare reform, and focussed all this energy on rewriting the  rules of the Democratic party so he can, what?  Win next time?

And no, that meeting with Clinton after the D.C. primary was not a reconciliation:

The Clinton statement said that the two talked about "unifying the party," but the Sanders statement did not....


Somebody get him off the stage, the adults have real problems to worry about.

*Last words of the bad guy in the movie.  Makes me wonder if somebody knew just enough Greek.....

**I love the irony of "momentum" in primary races.  GHWBush first announced "Big MO" was on his side in 1980, when he won in New Hampshire.

He went on to serve as Reagan's VP for 8 years.  Sanders could take a lesson from that.
Posted by Rmj at 6:34 PM