This just in! Africa is not a race! 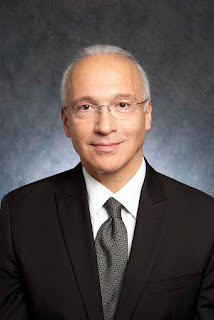 But Donald Trump is still a racist.


Bloomberg journalist Mark Halperin said Friday that Donald Trump’s attacks on the Mexican heritage of a federal judge overseeing a case against him were “not racial” because “Mexico isn’t a race.”

The co-host of his show “With All Due Respect,” John Heilemann, insisted that Trump’s frequent invocation of judge Gonzalo Curiel’s ethnicity is beyond the pale.

“He did it over and over again, he kept calling Curiel a Mexican, right?” Heilemann said, in an exchange flagged by Media Matters. “It is not even dog whistle politics. It is just pure racial politics.”

“No, it’s not racial,” Halperin responded.


O brave new world, that has such ignorance in it!

"Mexican" is, actually, considered a "race."  Most people you identify as Mexicans from appearance are mestizo; descendants of at the Aztecs and Incans.  They don't look European because their ancestors are Native Americans.  Spaniards look European:  blonde, blue-eyed, and you can still be Spanish.  But most people we identify as "Mexicans" are not of fully European ancestry.

And as we all know, if you don't look European, you can't be "white."  And therefore you are of a different "race".

Donald Trump is a racist.  Mark Halperin is a jack-ass.