"How can we know the dancer from the dance?" 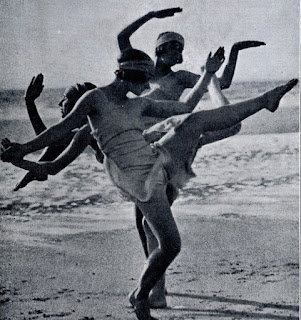 Ideas don't really exist in a valley of their own making, no matter how much we may wish they did:

The 2016 presidential election was the perfect time to make that point, over and over again, and that's what the Sanders campaign forced into the national dialogue. As of this moment, Hillary Rodham Clinton is on record as backing tougher Wall Street reform than she might have been otherwise. Expanding Social Security is now the default position of most Democratic politicians, as is repealing Citizens United and putting the teeth back into the Voting Rights Act. And, of course, there is that pesky open seat on the Supreme Court. The only thing on which HRC hasn't changed is her innate hawkishness which, I admit, would give anyone pause.

I do hope Sanders campaigns all the way to the convention. I hope he talks to every superdelegate he can, but I hope he doesn't pitch himself as a reason to reverse the results of the process. He should get every one of them in a room and pitch them his policies, so they can take them back to their state legislatures or their county commissions as something to fight for.

He lost, but his ideas didn't. That should make a great deal of difference.

I left in that first paragraph to be fair to Pierce's point, and give you the reason why he hopes Sanders keeps campaigning to the convention.  I find his hope interesting, but his analysis lacking.  Because, for better or worse, Sanders is his ideas; just as Hillary Clinton is hers.  Let's face it, the difference between Clinton and Sanders is a thin one (the usual number is that they voted alike 93% of the time in the Senate), so the distinctions come down to personality and person.  We don't, after all, elect ideas:  we elect people.

Sanders has shown no ability to pitch his policies without pitching Sanders.  He's been in Congress for some 30 years now.  What has he accomplished?  I can point to laws passed because of the Liberal Lion of the Senate, the late Sen. Kennedy.  I can even point to a law sponsored by Sen. Kennedy and Sen. Hatch.

Who has Bernie worked with?  What has he shepherded through a bill into law?  Anything?  Anything?  Bueller?  Ferris Beuller?

That's what I thought.  Bernie's ideas aren't that compelling, and neither is he as their spokesman.  As Nate Silver has pointed out:

Clinton will be the Democratic nominee because substantially more Democrats have voted for her. In addition to her elected delegate majority, she’s received approximately 13.5 million votes so far in primaries and caucuses, compared with 10.5 million for Sanders.

It wasn't corporations or the establishment or even the media that prevented Sanders from getting more votes than Clinton; it was the voters.

Sanders can, of course, push his ideas.  But pushing them into the convention is starting to look like a temper tantrum; or a sore loser; or worst of all, a spoiler.  Sanders can't divorce himself from the ideas he wants promoted.  It's ethos, one of the basic concepts of Aristotelian rhetoric:  you don't listen to the argument of a person of poor character.  The argument itself, its logos, may be as sound as possible; but the audience doesn't get past the ethos, the character of the speaker.

Sanders is on the road to destroying his character entirely.  He's turning into a shrill caricature of himself, a person unwilling to consider opposing views, unable to reconsider his own positions.  His ideas will die with his reputation, his public character.  Ideas don't speak for themselves.  They need people to promote them.  If Bernie can't promote his ideas, because no one will listen to him, who will promote them?

In an ideal world it would not make a difference that Bernie lost, because his ideas wouldn't.  But this is not an ideal world, and Bernie is at risk of burying his ideas beneath his hubris.