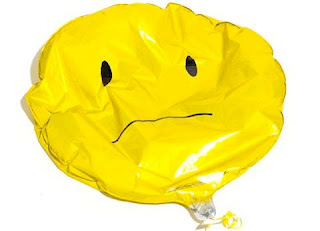 Donald Trump supposedly "broke" history by winning the GOP nomination (it still doesn't surprise me; this is the party that elevates Ted Cruz and Louie Gohmert to positions of national attention, and did you see that clown car in the GOP primary?  Who would have been better?  Huckabee?  Santorum?  Perry?  Cruz?).

So I suppose it's possible he'll break history again, and fail so badly in the national campaign that it will almost be over before the convention.  I mean, he's certainly trying:

On the call with his surrogates, the real estate mogul also reportedly contradicted instructions distributed to surrogates by his own staff member. A memo sent Sunday by a staff member and obtained by Bloomberg told surrogates that they were not at liberty to discuss the Trump University lawsuit publicly.

"Are there any other stupid letters that were sent to you folks?" Trump said, as quoted by Bloomberg. "That's one of the reasons I want to have this call, because you guys are getting sometimes stupid information from people that aren't so smart."

The memo was distributed to some of Trump's campaign staffers, including Hicks, campaign manager Corey Lewandowski and a top aide to Paul Manafort, who is Trump's top strategist.

"Take that order and throw it the hell out," Trump said, as quoted by Bloomberg.


I mean (and I record it here for posterity, though I don't have a system for finding this stuff in six months, when the future will be clearer than it is now), even the GOP is running away from him:

“I still believe we have the institutions of government that would restrain someone who seeks to exceed their constitutional obligations,” Sen. John McCain (R-AZ) told the New York Times last week in a piece highlighting how legal scholars are growing increasingly worried about Trump's authoritarian tendencies. “We have a Congress. We have the Supreme Court. We’re not Romania."

In May, Senate Majority Leader Mitch McConnell made a similar proclamation when he was asked in an interview whether he had concerns about the divisiveness Trump's message evoked even from within the Republican Party.

"What protects us in this country against big mistakes being made is the structure, the Constitution, the institutions," McConnell told CBS News last month. “No matter how unusual a personality may be who gets elected to office, there are constraints in this country. You don’t get to do anything you want to.”

Republican strategist John Feehery (who believes Trump won't be that bad) argued in a blog post that if thing got really bad, Trump could always be impeached.

"I am not of the opinion that the Republic would fail if the voters select somebody like Trump and if Trump turns out to be half as bad as some conservative pundits would have you believe, there are plenty of legal mechanisms to either contain his worse impulses (the Congress and the Supreme Court, for example) or remove him from office should his transgressions become too toxic," Feehery wrote.

So Trump has no control over his campaign, and no sense of restraint (Josh Marshall quotes him:  "We will overcome. And I’ve always won and I’m going to continue to win. And that’s the way it is."  The ancient Greeks called that hubris, and would place it at the very beginning of the tragedy, to explain the inevitable outcome.), and even the GOP recognizes what a Frankenstein monster they've created.  And I can't help but think, as I listen to Bernie Sanders on the radio this morning screaming about the "momentum" he has (screaming?  Or is it just, as Larry David said on SNL, that Sanders talks like he's on the far side of the river?), I can't help but think how much he sounds like Trump.  Both men think their vision, or attitude, or defiance, is all that is needed to lead.  But we don't elect Presidents to be revolutionaries (it's a contradiction in terms); we elect them to show guidance.  Trump promises to act on behalf of people who agree with him, just like Sanders.  And they show disregard for anyone who doesn't agree with them (Sanders dismisses the South, Trump dismisses Muslims, "Mexicans," women; anyone who isn't a white male, basically).  Yes, there is a difference in kind between Sanders and Trump, but in style, they are much the same.  That's the reason Sanders got no further than he did, and the reason Trump will get no further than he has.

Although I'm still not convinced Trump won't continue to implode, and by the time of the GOP convention be a very loose, and very empty, cannon.