Snapshots from the Third Coast 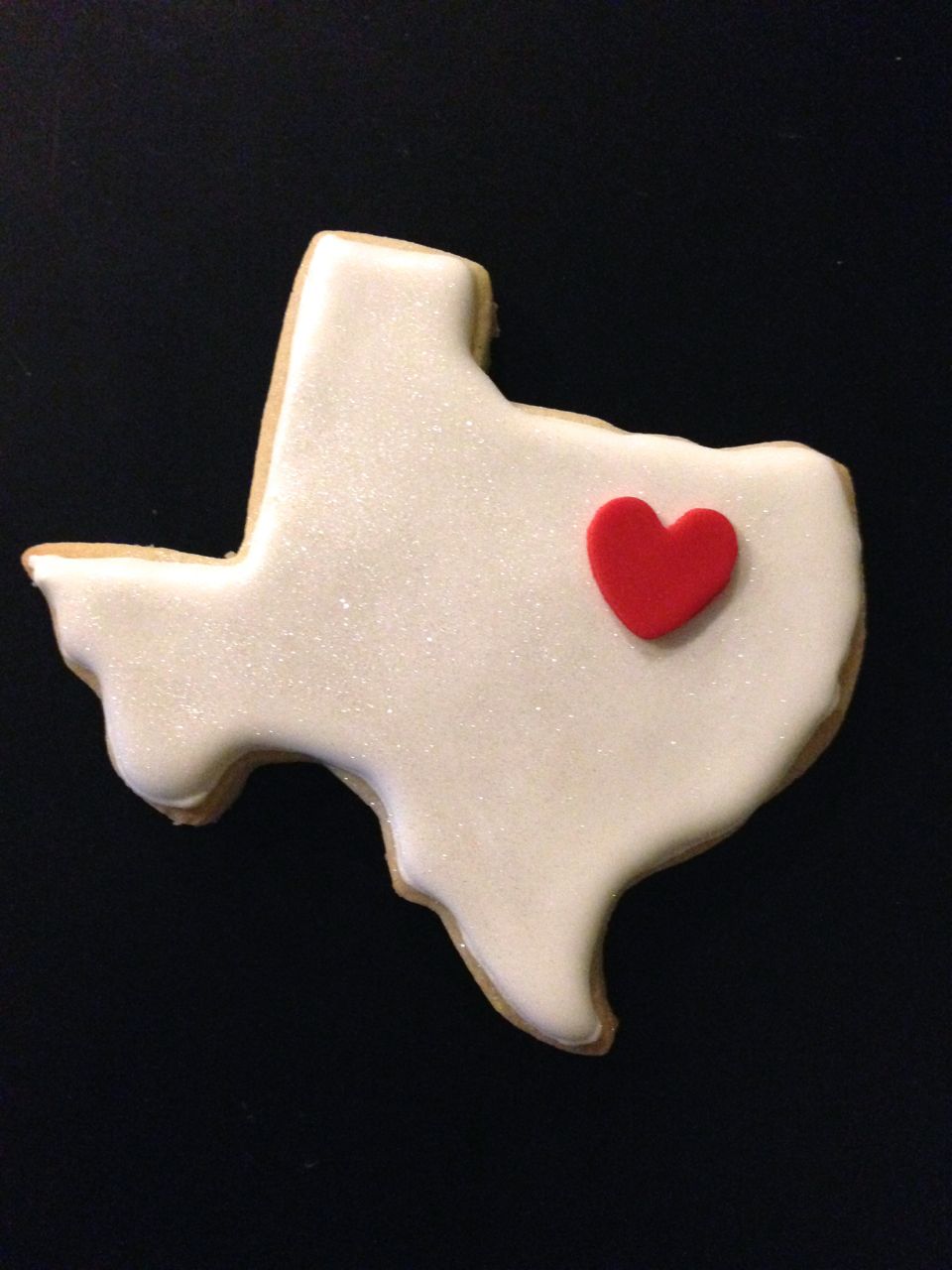 A bakery in Austin used to make cookies like this, with the heart more centrally located.  They called them "Heart in the Deep of Texas" cookies.  Sadly, this is as close as I could get for a picture.

The political diss on Texas is that Austin is the blueberry in the middle of a cherry red state.

Everybody's heard of Austin.  Nobody's heard of McAllen.  Everybody's heard of "the border."  Nobody seems to realize more people live along the border in Texas than along the rest of the U.S. border with Mexico (mostly because it's more habitable in Texas than points west, but anyway....).  Austin is not the drop of blue in an ocean of red; it's not even an outlier among major metropolitan areas in Texas (all of which went for Obama, twice, and then for Hillary).  The border of Texas is still deeply Democratic (although even Democrats in Texas seem wholly unaware of this, or just take it for granted).  That is evidenced in this picture:


.@TedCruz gets a much calmer reception during the July 4 parade in downtown McAllen, where his two security guys follow his car. pic.twitter.com/I70yQgJvgF
— Patrick Svitek (@PatrickSvitek) July 4, 2017


Yes, somewhere in that car is the junior Senator from Texas, waving to the cheering....family of five.  Sadly, this doesn't reflect Cruz's popularity, or lack of it, in the Lone Star State.  It just emphasizes how deeply blue the Texas border is.  Compare and contrast, here is the announced challenger to Sen. Cruz in Lubbock, a much deeper red part of the state, up in the Panhandle:


I don't know if this says anything or not, but the contrast is interesting.  Here's Sen. Cruz again, still in McAllen:

"Ted wants us dead." @TedCruz gets an earful from protesters while celebrating July 4 in Dem stronghold of McAllen: https://t.co/nSeLeew7yY
— Patrick Svitek (@PatrickSvitek) July 4, 2017


Those are probably not the protestors the text mentions; but he was protested.  Things are not really going all that smoothly for the Cruz wing of the Texas GOP:


A completely bogus statement because Patrick has run out of ammunition.  The scary "predators in the bathroom" campaign that started in Houston to defeat the Houston Equal Rights Ordinance (HERO) has fizzled out, so now it's down to "privacy."  Patrick also knows the only place he can enforce this idiotic measure is in public schools (which will have to build separate but equal facilities for any transgendered students they have or may have, if Patrick gets his way.  Texas schools are already strapped for cash*, and Patrick has no interest in giving them state money to pay for this.  Part of his plan, I'm convinced, to simply shut down public schools because BIG GOVERNMENT!  Too bad public schools are required by the State Constitution.).  So what he really wants is to make life even more miserable for middle school and high school students.  But, we knew that.

I also love the jab at "New Yorkers," as if only they (well, and elitist snob Texans) read "The New Yorker" magazine.

What will happen?  Probably not enough.  Texas came within a whisker of voting for Hillary Clinton, closer than it had come in decades to selecting a Democrat for President.  It can be done, but the Democrats have to believe it can be done.  People in the cities could outvote people in the countryside, if they could be persuaded to vote in large enough numbers.  And maybe we could stop taking the Valley and the Border for granted.  Just because they won't turn out to cheer Ted Cruz doesn't mean they'll turn out to vote against him, either.

Then again, that parade in Lubbock might actually be encouraging.....

Texas lawmakers have been steadily cutting the state’s share of public education costs for a decade. They started this cycle of school finance with the state paying about 45 percent, the federal government paying about 10 percent and local school districts paying the remaining 45 percent. The feds are still covering their dime, but the state’s share has slipped to 38 percent and the local share — the share that’s financed by that notoriously unpopular property tax — has risen to 52 percent.

That pattern hasn’t stopped, by the way: During the regular legislative session that ended on Memorial Day, state lawmakers approved a new two-year budget that spends less state money per public school student than the last budget. At the same time, those same lawmakers are shocked — shocked! — at the way property taxes are going up.

A State Senator from my area has a solution to the rising school property taxes:  cap the rate at which the district can collect taxes.  Because who needs public schools anyway, right?