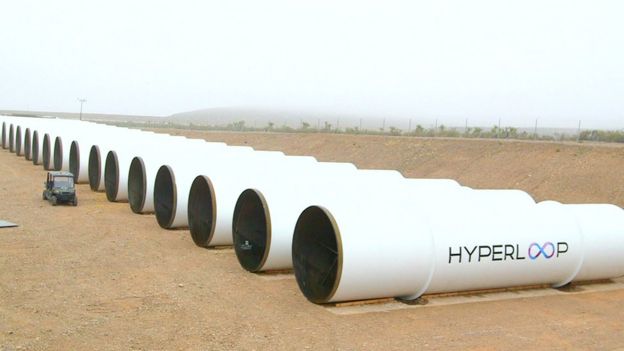 I originally started this rant this way:


As we learned in Contracts in first year law school, a verbal agreement is worth the paper it's printed on.  So this isn't going anywhere anytime soon.

Then there's the cost:

Funding — likely public — and permitting for an underground evacuated tube system would presumably be the biggest barrier to constructing such a system, which has never been produced on such a scale. The least expensive underground transit systems average $100 million per kilometer. The New York City subway, for example, runs between $1 billion and $4 billion per kilometer to build. Even at that lower estimate of $100 million per kilometer, the 226 mile trip from New York to D.C. would cost around $36 billion. For context, the 2015 expenditures for the entire Federal Transit Agency were $11.54 billion.

Part of what fueled it were the comments at Salon (4, at the time), all in defense of Musk, He Who Cannot Do Wrong.  Then I found this Wired article:

Bad news, Elon, my friend: The White House doesn’t have much power when it comes to rubber stamping gigantic, multi-state infrastructure projects.

“It means effectively nothing,” says Adie Tomer, who studies metropolitan infrastructure at the Brookings Institution. “The federal government owns some land, but they don’t own the Northeast corridor land, and they don’t own the right-of-way.” Sure, having presidential backing isn’t bad—but it is far, far from the ballgame.

Even Musk's four- to six-month timeline seriously stretches it. Because here's what it actually takes to get approval to build gigantic, multi-billion dollar, multi-state infrastructure projects in the United States of America:

(Spoiler: Something nearing an act of God.)

Aside from getting all parties concerned on-board (a task which can take decades.  Let me put it this way:  Interestate 69 has been announced to run through Texas and Houston for about as long as I've been living in Houston, and that's going on it's 3rd decade.  The highway is still in the "announcement" phase.), getting through the regulations and impact statements, and gathering up all the money, there's still the issue of the technology.  This is where the snake oil comes in:

Then there’s the little trouble of perfecting a technology that doesn’t exist yet. Hyperloop One, one of the many companies competing to build the first hyperloop, ran a successful test out in the Nevada desert last week. Just a few small problems: The track was 315 feet, the "train" a sled, and that sled reached just 70 miles per hour. (A completed hyperloop should hit 700.)

"The hyperloop is something absolutely novel—it’s worth being excited about," says Tomer. "But that excitement should be tempered with the realities that this is not tangible technology at this point." Perhaps the country should see one of these things at work before someone starts writing checks—or breaks out a shovel.


There was some speculation Musk was making this announcement to entice investors.  Well, there's one born every minute, isn't there?

NPR reported the Hyperloop company that tested on said it hit 70 mph at 2 Gs acceleration.  Increase that by a factor of 10 (no telling how much the Gs go up, I'm sure it's not linear), and then sustain it for 30 minutes.  Yeah, that'll be fun.

And the latest example of Musk standing on the shoulders of giants and proclaiming himself tall is his failure (what else do you call it?) of Falcon Heavy:

When the 230-foot-tall (70 meters) Falcon Heavy is up and running, it will be capable of lofting up to 60 tons (54 metric tons) to low-Earth orbit and 24 tons (22 metric tons) to geostationary transfer orbit, making it the most powerful rocket since NASA's famous Apollo-era Saturn V launcher, SpaceX representatives have said.

"When" is the crucial word, there:


SpaceX has been developing the Falcon Heavy for years. The work has proven to be "way, way more difficult" than SpaceX originally expected, Musk said.

"At first, it sounds really easy: Just stick two first stages on as strap-on boosters. How hard can that be?" he said. "But then everything changes. All the loads change, aerodynamics totally change, you've tripled the vibration and acoustics."

The loads imparted on the center core during Falcon Heavy launches will be "crazy," Musk said, "so we had to redesign the whole center-core airframe. It's not like the Falcon 9, because it's got to take so much load."

In addition, it's impossible to fully test many aspects of the vehicle on the ground, he said.

Really?  And how you doin' on that?


"I hope it makes it far enough away from the pad that it does not cause pad damage. I would consider even that a win, to be honest," Musk told NASA ISS program manager Kirk Shireman, who interviewed the SpaceX CEO onstage at the meeting. "Major pucker factor, really; that's, like, the only way to describe it."

And that mission to Mars?  Oh, sorry:

Seems SpaceX is skipping the Red Dragon capsule that was supposed to land on Mars on legs, in favor of a "vastly bigger ship."  Which I guess they'll launch with the Falcon Heavy?  Or maybe from the Moon, because building a colony there will be so much more reasonable.  Except, clearly, not by 2020.

I grew up on '60's science fiction about rugged and daring individuals "conquering" space the way the rugged and daring pioneers supposedly did (except space would be full of Donner parties freezing to death on moments, not weeks).  There's a reason NASA did it instead.  That reason still exists.

And by the way, the "hyper loop" is neither.  The tubes have to be ruler straight.  Passengers wouldn't be able to stand the forces on them if they hit a curve at 700 mph.  So the system has to overcome every physical object in its path.  "City center to city center"?  Yeah, sure.

Sealed in a tube like a piece of paper shot through a pneumatic system for 30 minutes?  I'm not sure that's visionary; seems more hallucinatory, to me.