The 19th century will always be with us 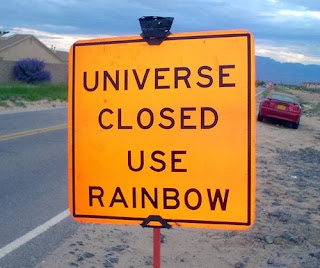 
I'm targeting a sort of person who thinks believing in religion has never really been an option and who isn’t particularly interested in attacking religion, declaring it stupid, seeing its errors and flaws and cruelties. All of which, to my mind, clearly exist, but this person isn’t exercised by this.

They are more interested in saying, where might I turn in order to look at questions of higher meaning and higher purpose? In terms of ethics, they’re asking, what does a good life look like? What are my responsibilities to others? What is the community? The sorts of questions you don’t find discussed on late-night TV and that are not really part of the kind of general atmosphere of secular culture.


Actually, I want to come back to that.  A bit earlier in the interview Botton says something slightly more interesting:

Because let’s remember that when religion started to decline in the 19th century, in Western Europe, there was a lot of thinking that was done. People asked how would we fill the gap, the God-shaped hole. And there were lots of theories, and the leading answer, I suppose, was culture.

And we know that this is the case because you only have to look at the architecture of libraries and theaters and universities that were built in the age of declining religion to understand that our ancestors sought to fill the gap by creating temples of art, temples of culture, temples of learning, where we would congregate as we had previously done in the temples of religion.

I think it’s a very interesting ambition. It’s also an ambition that has failed. If you showed up at Harvard or the Museum of Modern Art and you fell on your knees and you questioned the meaning of life and you looked for direction, you would quickly be ushered into a mental asylum. This is simply not what culture nowadays sees itself as doing.

When I first visited New York City some 30 years ago, I went into some of the grander buildings in the city (those built in the early 20th century), and realized immediately they were temples to money, and money was power.  Which, I concluded, is all the great medieval cathedrals were, too:  examples of power, in this case the power of the Church (not necessarily of God).  I visited one of the oldest churches in Europe, a church predating medieval times, in Brugges, Belgium.  It was a grotto, a cave, a hole in the wall.  It was still in use.  Christianity grew into its imperial phase, its soaring arches and flying buttresses (I visited both Cologne and Notre Dame de Paris on that trip).  It started much humbler than that.  People didn't feel the need for gigantic temples in order to fall on their knees and question the meaning of life and look for direction.  Maybe that's what the great cathedrals were meant to do, but frankly that kind of architecture was passe by the time Luther nailed his 95 theses to the very old doors of the Wittenberg church (the public bulletin board, not another act of defiance.  Luther wanted to reform the Catholic church, not abandon it.  They kicked him out, after all.)  Temples to power became the forerunner to the halls of Parliament:  Henry VIII built a rambling palace on the river Thames that became the Houses of Parliament in the 19th century.  Kings built monuments to ego and even madness (Neuschwanstein in Bavaria).  The 19th century robber barons finally caught on, and built their towering phallic symbols on Manhattan Island.  More recently we have built hospitals that are temples to wealth and power, because that was, at least for the halcyon decades of the 80's dan 90's, where the money was.  We didn't actually build new temples we could congregate in, so much as we built temples reflecting what we congregated around.  Or at least, in the case of the "famous library in Oxford" that adorns the original article in a photo, what we are meant to congregate around (what is a university without a library?).

And when did culture ever see itself as doing that?  True, the medieval church had anchorites, but it also had Margery Kempes who were not accepted or acceptable to the Church's vision of religion.    People were ushered away from society then as now, even if our standards for "madness" seem to have changed (maybe we should bring Michel Foucault into this discussion).   I mean, if we're going to discuss how culture has changed, maybe we should set aside the simplistic thinking that "we" are so much better than "they" were.  Because, frankly, that kind of ignorance is neither "enlightened" nor is it a sign of "progress."

Which, as Niebuhr points out, is a peculiarly Christian idea, the idea of progress; in other words, one we wouldn't have without religion.

I have to admit I started this not meaning to puncture Botton's argument so thoroughly, but it was so easy I couldn't stop.  This is God's Funeral lite; it's Dawkins with a slightly better veneer.  Honestly, any random  Jesuit would mop the floor with this guy.

These things that pass for knowledge I REALLY don't understand.