Why Must Everyone Laugh At HIs Mighty Sword? 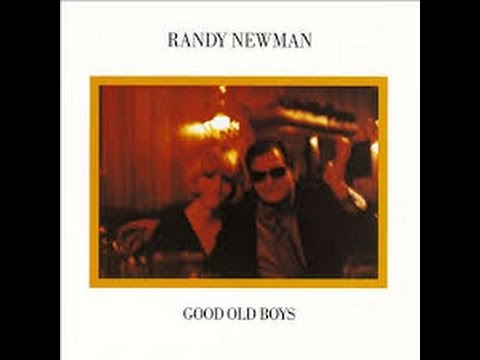 All of these were tasks that I had never performed on a campaign previously. When I was faced with a new challenge, I would reach out to contacts, ask advice, find the right person to manage the specific challenge, and work with that person to develop and execute a plan of action. I was lucky to work with some incredibly talented people along the way, all of whom made significant contributions toward the campaign's ultimate success. Our nimble culture allowed us to adjust to the ever-changing circumstances and make changes on the fly as the situation warranted. I share this information because these actions should be viewed through the lens of a fast-paced campaign with thousands of meetings and interactions, some of which were impactful and memorable and many of which were not.

In addition, it was typical for me to receive 200 or more emails a day during the campaign. I did not have the time to read every one, especially long emails from unknown senders or email chains to which I was added at some later point in the exchange.

The only other Russian contact during the campaign is one I did not recall at all until I was reviewing documents and emails in response to congressional requests for information.

I had no idea why that topic was being raised and quickly determined that my time was not well-spent at this meeting. Reviewing emails recently confirmed my memory that the meeting was a waste of our time and that, in looking for a polite way to leave and get back to my work, I actually emailed an assistant from the meeting after I had been there for ten or so minutes and wrote "Can u pls call me on my cell? Need excuse to get out of meeting." I had not met the attorney before the meeting nor spoken with her since. I thought nothing more of this short meeting until it came to my attention recently.

There was one more possible contact that I will note. On October 30, 2016, I received a random email from the screenname "Guccifer400." This email, which I interpreted as a hoax, was an extortion attempt and threatened to reveal candidate Trump's tax returns and demanded that we send him 52 bitcoins in exchange for not publishing that information. I brought the email to the attention of a U.S. Secret Service agent on the plane we were all travelling on and asked what he thought. He advised me to ignore it and not to reply -- which is what I did. The sender never contacted me again.

To the best of my recollection, these were the full extent of contacts I had during the campaign with persons who were or appeared to potentially be representatives of the Russian government.


Are not going over so well:

“Elizabeth, he [Kushner] casts himself as overworked, and not necessarily detail oriented,” Melber asked. “Does that match with the person you worked for, the one you knew?”

“No,” she bluntly replied. “He has a — you know, he has a good work ethic. It’s possible he was working harder than he’s accustomed to. However, in terms of the detail orientation, I find it implausible he would show up to a meeting without knowing what it was about.”

“He’s a busy guy,” she continued. “In my experience, every meeting we had was planned and scheduled, and he always had an agenda for it.”

“When he showed up at a meeting with you, he knew what they were about?” Melber pressed.

“Yeah,” Spiers stated. “I don’t find it credible that he had no idea these meetings were about.”

Later in the interview, Spiers offered, “At the very least you have to consider that his best defense is that I was completely ignorant on process and that I am incompetent.”


Maybe it's because they sounded better when Randy Newman set them to music: