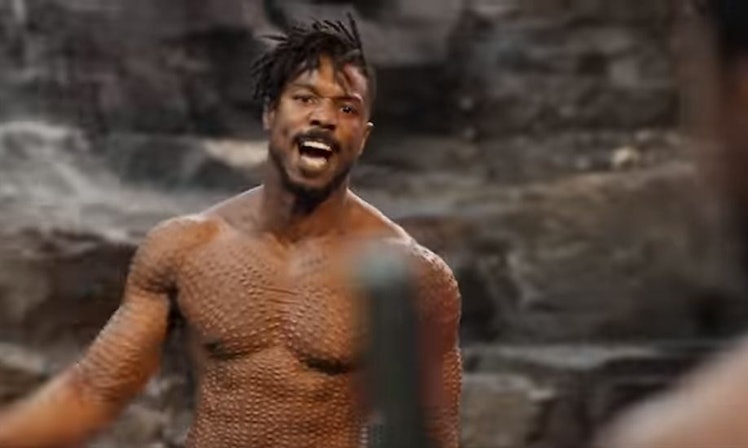 Maybe it's "toxic masculinity" that drives so many white men to shoot people.

That was the topic on "1A" this morning.  If they mentioned that shooters are overwhelmingly white as well as male, I missed it.  If they mentioned it, it didn't suffuse the entire conversation, which was more about "boys becoming men" and finding their "heroic stories" and having a "need" to protect people and be in charge and so on.  I kept thinking about Hemingway's male characters, all striving to be manly men in an unmanly world, and none of them finding their "heroic story" in the tales Hemingway had to tell, tales so clearly derived from his own biography his fiction is practically treated as autobiography.  Hemingway's characters may be "macho," but they certainly struggle with living in the world, and don't find success or leadership or fulfillment in it, or in killing people.  Robert Jordan doesn't end a vaunted hero; nor does Harry, dying of gangrene in Africa waiting for the plane; nor Francis Macomber (his story, happy life is very short, indeed); nor does Jake Barnes; nor does Nick Adams, ever.  Need I go on?  The very model of a modern major machismo novelist, Hemingway never wrote a character who achieves the John Wayne ideal of masculinity, success, and admiration.  In fact, the only character Wayne played who famously failed that goal is Ethan Edwards in "The Searchers."

So this discussion of "macho" and "boys becoming men" was heavily suffused with a lost of post-70's reactionary bullshit, a reaction to the Alan Alda type of man we were all supposedly going to be thanks to hippies and free love and feminism and Woodstock.  It wasn't long after that men were off in the woods sitting in "drum circles" and finding their heroic purpose; or something.  It was bullshit, a little ignorance about the "rite of passage" (a term invented by French anthropologists, not a fundamental reality of the universe), and a handful of lessons from John Wayne movies and Hollywood westerns thrown in for good measure.  And now it's offered up as the antidote to school shooters who turn 18, get their hands on a semi-automatic weapon, and shoot their schoolmates several times, just because they can.

The dumbest part of this is that it takes place in the shadow of the continuing praise for "Eric Killmonger" in "Black Panther."  Adam Serwer, in a highly regarded article, assures us that "Killmonger" is "a profound and complex villain" and "a comic-book villain so transcendent that he is almost out of place in a film about a superhero who dresses as a cat."  Oh, yeah, that's where this is going:

Killmonger’s stated purpose, to liberate black people all over the world, has sparked a lively discussion over whether he is a bad guy to begin with. What could be so bad about black liberation? “I fist-pumped in the silent, dark theater when he was laying out his plans,” writes Brooke Obie at Shadow and Act. “IT’S A GOOD IDEA!” That Coogler’s villain has even inspired this debate is a testament to how profound and complex the character is.

“In the end, all comes down to a contest between T’Challa and Killmonger that can only be read one way,” writes Christopher Lebron in a well-argued piece in Boston Review, “in a world marked by racism, a man of African nobility must fight his own blood relative whose goal is the global liberation of blacks.”


Serwer, to be fair, sees the character of "Killmonger" a bit more clearly than some:

Yet because Killmonger’s plans are rooted in a recognizable idealism and a wounded soul, the audience is supposed to empathize with him, even care for him. Viewers are meant to mourn him as T’Challa does when he dies, invoking his ancestors who chose to be consumed by The Void rather than toil in bondage. When T’Challa goes to the spirit world, he sees his ancestors. When Killmonger goes, in one of the most moving scenes in the film, he sees only his father; the rest of his ancestors have been lost to The Void. He is alone in a way T’Challa can never comprehend. So like his father N’Jobu, Killmonger is radicalized. “We can rule over them all the right way,” N’Jobu says during a flashback.

Serwer acknowledges the key plot points of Killmonger's back story:  he isn't a product of American black poverty; he's a product of the American military-industrial complex.  He follows the training he has received as an agent of destruction and chaos, a tool of American international relations.  But Killmonger is also a proud mass murderer.  That picture above doesn't show Killmonger in some kind of super-hero skin armor; those bumps are self-inflicted, one for every person he has killed.  He is a killer; and he is proud of it.

And the difference between him and Nicholas Cruz is....?

There is the problem of using the master's tools to dismantle the master's house, but that's not the only issue here.  We cannot discuss "toxic masculinity" in the same culture where we praise the "complexity" of a movie villain who is a mass murderer, who tattoos himself in order to count coup, to mark his kills, to display his prowess in dealing death to others.  No, "Black Panther" is not responsible for violence being as American as cherry pie, any more than "The Dark Knight" is responsible for the theater shooting in Aurora.  But we can't have a discussion of ideas like "toxic masculinity" without getting at ideas of what power is and how it should be wielded.  Killmonger, after all, is a product of American military training, and yet nobody wants to touch on that (too "liberal," too "soft," too "not talking enough about using power to get what my group wants!" for America, I guess.)  Indeed, the whole question of "toxic masculinity" in connection with mass shootings is as disingenuous as the discussion of "mental health," even the discussion about removing guns from people adjudged a threat to themselves or others.  I mean, I have nothing against that standard, but it wouldn't have taken the guns from the shooter in Vegas (who had no known mental health issues) or Nicholas Cruz (whom the state of Florida investigated, but decided was not a threat to himself or others).  I mean, it's a lovely idea to regulate guns like that, but the only regulation that works is:  DECREASE THE NUMBER OF GUNS!

America doesn't have a "toxic masculinity" problem or a "mental health care" problem (well, we do, but not related to the number of shootings that go on daily), we have a gun problem.  Plain and simple.  And we have it because of our culture, not just because of our politics or our Constitution or the NRA.  We have it because we want it this way, because we want to still believe power exerted for the right reason ("liberation!"  Black or otherwise....) is good, an attitude we share, frankly, with terrorists and third world dictators.  But because we have the notion, because our hearts are pure, because our motives are sound ("Liberation!"), we will use our power to kill correctly.

Or at least learn to use it masculinely; without being toxic about it.  After all, didn't T'Challa decide that Killmonger had a point?

Yeah, that's another problem with that movie.  As for the national conversation on violence and guns, we keep missing the target!