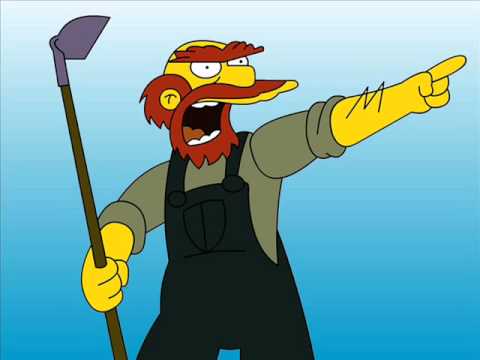 Editor's Note:  Not a True Scotsman

So I left three comments at Thought Criminal about this, and then I decided:  by gum, it IS a blog post!

I wandered over to Religion Dispatches to find something more interesting than the morning headlines, where I found this article linking atheism with Men's Rights Activists.  That's not a point I'll belabor here; read the article if you're interested.  It's more a blog post/outrage generator than it is a carefully reasoned essay, so I don't put a lot of weight on it because I'm not sure the argument there bear serious examination.  Atheists are represented by the usual suspects of Richard Dawkins and Sam Harris, neither of whom are exactly innocent of misogyny in their public statements ("In an interview, Harris once said that, given a magic wand, he would sooner get rid of religion than rape."  The original sentence gives a link to that interview.  Sweet guy, really; I'm sure.)  What really interested me was the 100+ comments on the article, most (from what I skimmed) of the "No True Scotsman" variety, anxious to divorce Dawkins, Harris, and "New Atheists" from "true atheism."  On a website dominated by comments about how any individual religious believer represents 100% of such believers in all errors, sins, and crimes against society, reason, or humanity, that's a laughable position to see; but hardly, as the post at TC points out, surprising.  If you're going to give up religion you have to give up morality, and once you do that, how do you establish a better society?  While it is hardly practiced by people like Joel Osteen or Kenneth Copeland, humility is still the traditional standard of Christianity, and that humility is based on religious teachings like Jesus telling his disciples that the first among them will be last and servant of all of them.

Humility is not a teaching I much associate with atheism, new or otherwise.  I certainly don't think of it when I think of prominent "old" atheists like Bertrand Russell or Madalyn Murray O'Hair.

This was a more interesting line of thought when I followed the link at that RD article to one from October of last year:  a female Southern Baptist pastor critiquing, in the harshest possible terms, the SBC which ordained her:

My Southern Baptist ordination aligns me with the Baptist Faith and Message, a pestilent document of outright discrimination and hyper-masculine self-righteousness, both of which correlate to sexual harassment, sexual assault, domestic violence, mental, verbal, emotional, and psychological abuse.

But Southern Baptist women are too entrenched to even notice the cognitive dissonance. This weighty theological and doctrinal baggage held by us—and similar ones held by evangelicals all over the world—place women in a losing power dynamic with men who can justify inappropriate behavior with inerrant scripture and ecclesial polity. Don’t believe me? Read their stories.


Stop there a moment and consider the last time you read/heard an atheist speaking of atheists say:  "Shame on us."*  And the shame there stems solely from mistreatment of persons based on commonly accepted social principles, not on some close or broad reading of scripture, not on some pronouncement from a prophet or the Gospels or the epistles.  I'm not saying that shaming is divorced from those things, but we can all easily accept the Rev. Trent's argument (well, unless we are MRA, I suppose).  Nothing there an atheist would have to reject as based on the writings of Bronze Age sheep herders, a designation I've seen more than once on-line (they think it's clever).  Let us proceed, because Rev. Trent knows exactly what I'm talking about:

Now, that’s not to say that secular institutions do not have similar threads that contribute to broad-sweeping problem of seeing women as less-than.

But, we, Southern Baptists, have a document that declares it.

The tradition in which I was ordained—the one that declares itself “non-creedal”—has an inerrant scripture-based, black-and-white party line. This complementarian theology is used to justify objectification and submission of women in the home, at church, and in higher education. This manifests explicitly in the church’s refusal to ordain women to gospel ministry to serve as pastors, forbidding them from teaching young men over a certain age, insisting they submit to their servant leader husbands, and limits their dominion to the home. This doesn’t even name the inconspicuous effects of the BFM. How can we—fellow Christians with any association with the SBC, not view this as horrendous?

Here’s another confession: I have been the recipient of microaggressions and harassment based on my gender identity and ordination.


That "non-creedal," by the way, is a cornerstone of Southern Baptist identity.  What she points out there constitutes a very direct attack on the SBC and all its churches by holding them to a standard that is supposed to fundamental to their identity as a group.  I have friends who grew up SB, and some still are; and that matter of being non-creedal is central to their theology and ecclesiology.  Funny thing about such claims, though; they become idols that turn into exactly what you are supposed to be against.  I know lots of "creedal Christians" among Protestants to whom the historic creeds of the church mean about as much as the Pledge of Allegiance (they know the words, they never think about what the words mean).  And then there are non-creedal churches which make sure they get just what they believe written down so nobody can go against it; if they don't want them to.

Again:  imagine this kind of self-examination, this level of critique, among atheists.  This is not the "No True Scotsman" argument, that Rev. Trent's idea of a Southern Baptist is right, and yours is wrong (certainly Christians are as guilty of that as anyone).  This is a critique of her own people, the people who ordained her, raised her up, gave her authority and honor.  She is not biting the hand that fed her, she is correcting the people who put her in her position among them.  This is a perfectly Christian thing to do.  I'm sure there's an atheist equivalent, but it tends to be based on disagreements about what reason requires.  The Rev. Trent is calling for her people to turn back to God and the way of life God calls all believers to.  Atheists can really only argue with someone else's argument, and not much more.

But I almost never see them doing that much.  Richard Dawkins and Sam Harris declare themselves right, and all who disagree with them (and they are legion) wrong.  And do they correct their followers, or do they dissociate from them?  They could do the former; but they always do the latter.  Richard Dawkins makes misogynist statements and when, a la Donald Trump, Dawkins draws supporters who are less than desirable in mixed company, he declares those supporters have misunderstood what he so clearly said.  And why not?  What tradition, teaching, even reason, in atheism, requires them to do otherwise?  The Rev. Trent may place herself at odds with the SBC; but she speaks within the tradition of Christianity that has fed and nourished all Christians for millennia; whether they wanted to be fed and nourished by it or not, and she makes her arguments based on recognized principles of Christianity, and she stands by them.

The best atheists seem to muster is the No True Scotsman fallacy.  I know that's sweeping generalization, but it's hard for me to come up with many examples of the prophetic humility presented by Rev. Trent here, among atheist writings, especially on-line.  Where is atheism's Niebuhr, teaching the church the importance of humility and self-examination because the first sin is thinking you alone are right, and not considering how dreadfully wrong you can be in such hubris?  Where is atheism's King, writing an open letter to the churches about how they have failed to live up to the standards they are supposed to preach?  Where is the atheist critique of American capitalism that King made, the critique that probably actually cost him his life?  Maybe it exists somewhere, but where is its spokesperson inspiring a nationwide movement for change?  If No True Scotsman is an MRA misogynist, is no true Scotsman also concerned with economic and social and legal equality for all?  Especially for all who don't agree with them on the matters most important to them:  the idol of the products of their reason?  King didn't speak only to people who agreed with him religiously:  his letter as addressed to Christians and Jews alike, and most of it addressed the problem of their not finding in their religious beliefs the strength to stand with people seeking nothing more than recognition of their humanity.  Niebuhr spoke the language of Christian theology, yet he is cited today by believers and non-believers alike for his insights into the human condition and human society.

Where is the superiority of atheism?   Why do we only find it espoused by people like O'Hair and Dawkins and Harris and Hitchens, none of whom have the moral or intellectual standing of King or Niebuhr, or Dorothy Day or Thomas Merton or Walker Percy?

One does wonder about such things.


*Memory tells me I may have encountered one, but he is so accepting of religion he may not be considered a "true atheist."  And if memory is right, his example is the exception that proves the rule.