"OK, Einstein, you got a better idea?" 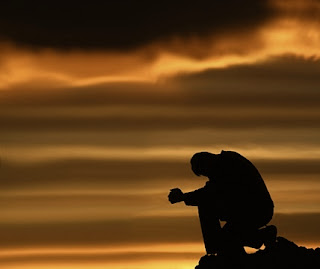 So, here's the thing:  people who commit "mass" shootings are mentally ill, because the best defense against them (the NRA sanctioned defense) is to not let them have guns because they are mentally and only mentally ill people shoot strangers en masse (which doesn't explain the Las Vegas shooter, except that he was "mentally ill" after the fact, showing no signs of such illness before he killed so many strangers), and so the breakdown in the system is letting them have guns in the first place (but we don't know they are mentally ill until the bullets stop flying, because only mentally ill people commit mass murder, but until they do, they have a 2nd Amendment right to be heavily armed).

People who commit "mass" shootings are rational actors who would be deterred if they knew their target was not "soft" but rather bristling with people carrying guns and ready to use them at a moment's notice.

"When a crazed gunman arrives on campus with murder in his eyes, the deed is done within two to five minutes," [Polk County Sheriff Grady Judd] said, adding that criminals will think twice if they suspect someone else on campus might have a gun under the county's so-called "Sentinel program."


But if he's already a "crazed gunman," will the idea that there are gun wielders there slow him down?

"We would have (shooters) apologizing for even showing up with the gun by the time they have four or five rounds in them," he said. "God forbid that terrible day ever occurs. But we would have a group of people armed with guns to run to the threat and neutralize it before they reach our children."


I understand trained police officers only hit their targets about 40% of the time.  I'm also old enough to remember the pursuit of the Boston Marathon bombers.   One brother was finally run down with a vehicle, the other escaped to be found hiding in a boat.  Over 250 rounds were fired before the brother escaped to the boat, but none did serious damage.  The brother captured alive survived a second hail of bullets from a number of police officers.  He not only didn't end up with "four or five rounds in" him, almost none of the bullets managed to hit him.  And what if the shooter is smart enough to wear body armor, as happened in Tyler, Texas many years ago?  Police there fired 116 rounds and had a trained sniper on hand.  All the police officers available couldn't bring that guy down, or stop him from shooting and then fleeing the scene.  This is what happens in real life.