"The Love of Money is the Root of All Evil" 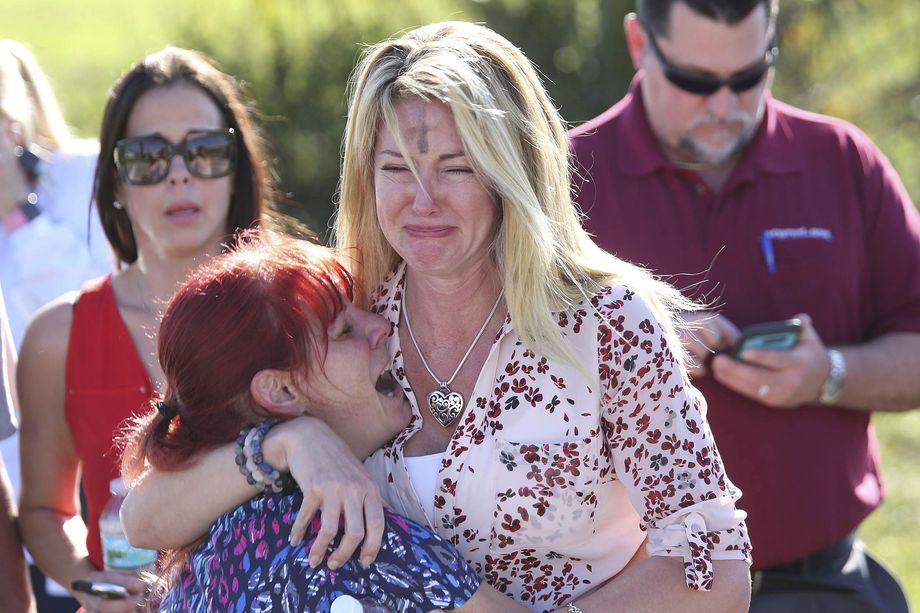 My prayers and condolences to the families of the victims of the terrible Florida shooting. No child, teacher or anyone else should ever feel unsafe in an American school.
— Donald J. Trump (@realDonaldTrump) February 14, 2018

I wonder if this is what he meant:

“I have five advocates headed in right now, I will have at least ten more tomorrow, driving in from all over the state,” she promised.

“We will pay for the funeral expenses of these poor victims and do everything we can to help their families,” Bondi continued.

Florida Attorney General @PamBondi -- who's on your tv screen now -- led the effort in Florida to allow teens to have easier access to handguns. https://t.co/SMXzhAiMML
— igorvolsky (@igorvolsky) February 15, 2018

And Sen. Ted Cruz this morning:

“We have seen that evil can occur whether in Parkland or in a church in Texas or in schools across the country,” he insisted. “I mean, there are murderers. Evil is sadly always present and we need to do what we can to act to prevent it. Sometimes you see brave heroes who are able to step forward. Sometimes you have heroes that are armed and can engage the killer and stop them and save people’s lives.”


Because government sure as hell can't do anything about it.  And why is that?  Politics, of course!

Fox & Friends host Ainsley Earhardt noted that “Democrats are calling for gun control, they’re talking about not allowing you to buy the AR-15 anymore.”

“We have seen multiple shootings recently, mass shootings using this weapon,” she said. “You’re a parent, you have young girls who are going to grow up and go to school as well.”

“The reaction of Democrats to any tragedy is to try to politicize it,” Cruz complained. “They immediately start calling that we’ve got to take away the Second Amendment rights of law abiding citizens. That’s not the right answer.”

Cruz, who reportedly has taken more money from pro-gun groups than any member of Congress, said that victims of mass shootings have told him that “gun control is not the answer here.”

“The answer is to focus on criminals, to focus on violent criminals,” he remarked. “This individual appears to have significant issues with mental illness. I think we will certainly be asking were there signs of mental illness, could we have stepped in and prevented this before hand?”

Cruz also asserted that President Barack Obama shared the blame for a mass shooting that killed 26 at a church in Sutherland Springs, Texas.