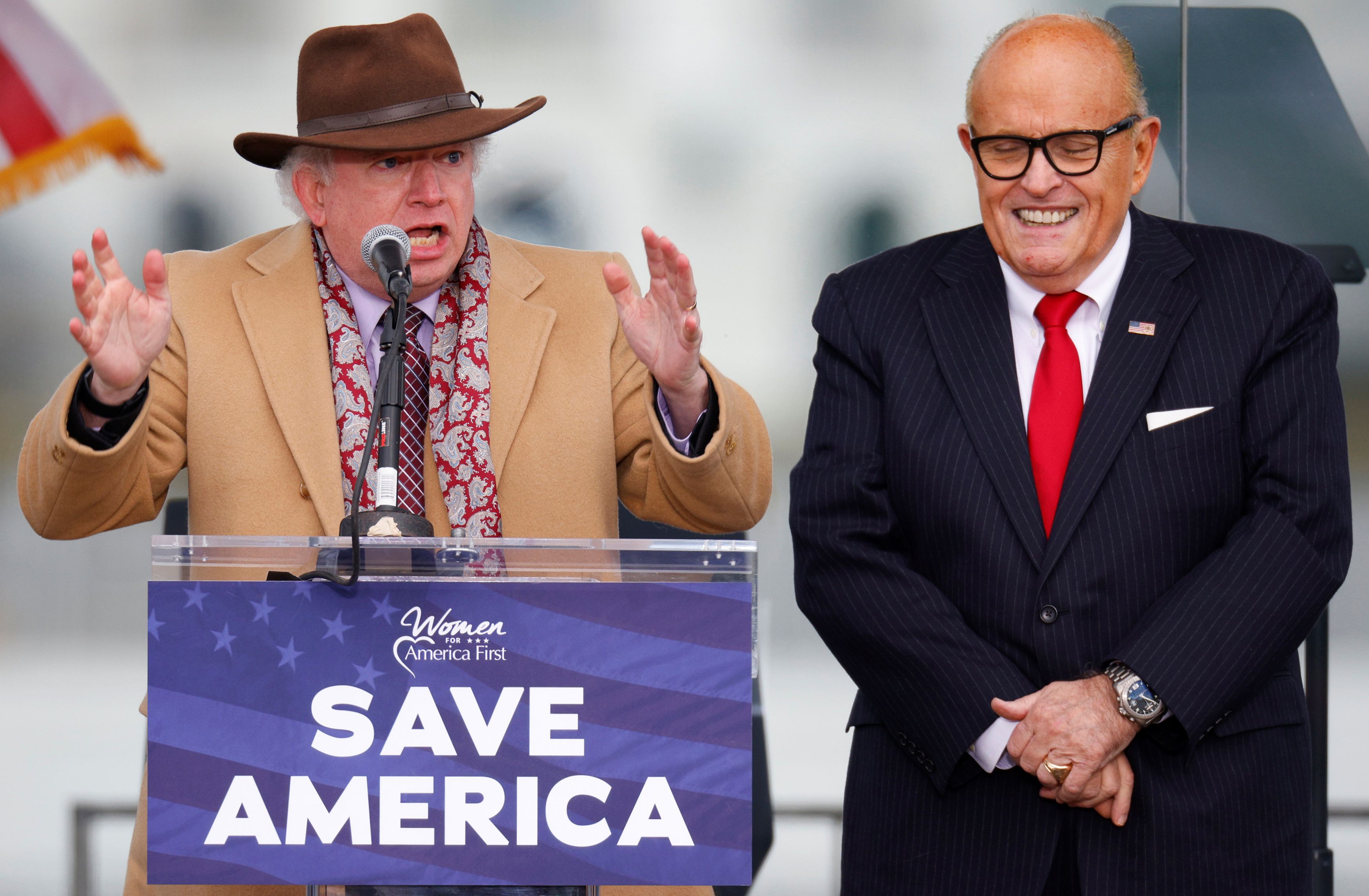 Oh, dear, what can the matter be?

That explanation didn't mollify Ryan Williams, president of the think tank, who issued a statement reading, in part: "Last Friday [i.e., September 24], I made the decision to withdraw the Claremont Institute's program [from the annual APSA meeting] this year after APSA, without explanation, moved all 10 of our panels (and our reception) to a "virtual" format. Though APSA Executive Director Steven Smith would never confirm directly, it became clear that Claremont Institute Senior Fellow John Eastman's independent role as President Donald Trump's attorney during challenges to the 2020 election was at issue."

He then added, "When we inquired for specifics, so that we might assess the safety of the rest of Claremont staff and participants in Seattle and prepare accordingly, we got no response. . . . APSA decided to cave to the mob this time, betraying a core principle of academic freedom and republicanism: reasoned debate about even the most controversial political and intellectual topics."

Slavery:  Was It Really That Bad?

Child Pornography:  Is There a Way to Eat Your Cake and Have It, Too?

Noting that Claremont has doubled down in their defense of Eastman, with Williams writing in fundraising letters stating, "Under the excellent leadership of John C. Eastman, our Claremont legal team continues to be the 'point of the spear'—always arguing our cases based on originalist, natural law-based principles consistent with the Founders' Constitution, and not on 'international law' or multiculturalist ideology and 'tribalism.'" Field writes that leadership of the organization only have themselves to blame for falling out of favor.

Yeah, Claremont has exceeded its shelf-life.  The end was inevitable, and now it has come.  The Eastman memo wasn't about "controversial political and intellectual topics," any more than it was "based on originalist, natural law-based principles consistent with the Founders' Constitution" (on that point, two things: a: it isn't theirs on loan to us*; b:  few of the Founders were Thomistic Roman Catholics).  Eastman was making arguments that amounted to sedition and certainly would have required the VPOTUS to violate his oath to preserve, protect, and defend the Constitution.  Trump already violated his oath of office simply by seeking out such "legal" (I use the term loosely) opinions.

Honestly, the right wing in this country is in its death throes.  How much damage it will do as it thrashes about is the only question left.

*It stopped being "theirs" at least after the 13th Amendment.  The 14th effectively rewrote it completely.  These "originalist" arguments are such bullshit.