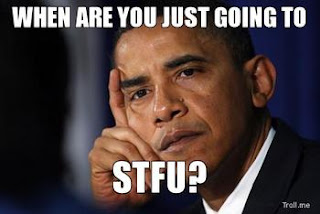 Probably because the Zimmerman trial swamped all the other news in America this weekend, Glenn Greenwald had to give another interview:

Edward Snowden has very sensitive “blueprints” detailing how the National Security Agency operates that would allow someone who read them to evade or even duplicate NSA surveillance, a journalist close to the intelligence leaker said Sunday.

Glenn Greenwald, a columnist with The Guardian newspaper who closely communicates with Snowden and first reported on his intelligence leaks, told The Associated Press that the former NSA systems analyst has “literally thousands of documents” that constitute “basically the instruction manual for how the NSA is built.”


But if these get released, it's okay, because no harm will result; Mr. Greenwald is sure of that:

Despite their sensitivity, Greenwald said he didn’t think that disclosure of the documents would prove harmful to Americans or their national security.

“I think it would be harmful to the U.S. government, as they perceive their own interests, if the details of those programs were revealed,” said the 46-year-old former constitutional and civil rights lawyer who has written three books contending the government has violated personal rights in the name of protecting national security.


So we can all rest assured that Mr. Greenwald, from Brazil, is concerned about the best interests of Americans now, and will keep us from harm. We no longer need that pesky Constitutional form of government, we have a blogger in South America looking out for us. And by the way, he's really tired of this whole thing being about Snowden:

Greenwald said he worried that interest in Snowden’s personal saga had detracted from the impact of his revelations, adding that Snowden deliberately turned down nearly all requests for interviews to avoid the media spotlight.


Because, you know, this story is not about Snowden:

Still, Greenwald said that Snowden remains “calm and tranquil,” despite his predicament.

“I haven’t sensed an iota of remorse or regret or anxiety over the situation that he’s in,” said Greenwald, speaking at a hotel in Rio de Janeiro, where he’s lived for the past eight years. “He’s of course tense and focused on his security and his short-term well-being to the best extent that he can, but he’s very resigned to the fact that things might go terribly wrong and he’s at peace with that.”


And those secrets Snowden could reveal? Well, it's not blackmail Mr. Snowden is engaging in, Mr. Greenwald can tell you that:

Asked about a so-called dead man’s pact, which Greenwald has said would allow several people to access Snowden’s trove of documents were anything to happen to him, Greenwald replied that “media descriptions of it have been overly simplistic.

It’s not just a matter of, if he dies, things get released, it’s more nuanced than that,” he said. “It’s really just a way to protect himself against extremely rogue behavior on the part of the United States, by which I mean violent actions toward him, designed to end his life, and it’s just a way to ensure that nobody feels incentivized to do that.”


I guess if Snowden is simply taken off a plane that leaves Moscow and extradited to America, that won't constitute violence that would trigger this release, would it? Remember, it's only blackmail if you don't like the person holding the secrets over someone else's head.

Honestly, can we just arrest Greenwald, too, in the hopes that would shut him up? He really is a jerk.