Speaking (again) of our "hidden wound" 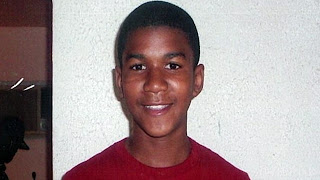 I almost wish I'd missed this:


Where is the politician who will own up to the painful complexity of the problem and acknowledge the widespread fear of crime committed by young black males? This does not mean that raw racism has disappeared, and some judgments are not the product of invidious stereotyping. It does mean, though, that the public knows young black males commit a disproportionate amount of crime. In New York City, blacks make up a quarter of the population, yet they represent 78 percent of all shooting suspects — almost all of them young men. We know them from the nightly news.

Because shooting suspects are guilty, else they wouldn't be suspects.  And the fact that 78% of 25% of the population of a given area are suspects, doesn't call into question the system that makes them suspects, at all.  How could it?  Racism is a personal animus held by people who are NOK, and not possibly the kind of person Richard Cohen knows, or even lives among.  And in case you think he doesn't mean it:

Those statistics represent the justification for New York City’s controversial stop-and-frisk program, which amounts to racial profiling writ large. After all, if young black males are your shooters, then it ought to be young black males whom the police stop and frisk. Still, common sense and common decency, not to mention the law, insist on other variables such as suspicious behavior. Even still, race is a factor, without a doubt. It would be senseless for the police to be stopping Danish tourists in Times Square just to make the statistics look good.

See, it's not a matter of deciding young black males are your suspects; it's a matter of excluding Danish tourists because they so clearly AREN'T suspects!  So it's okay to profile black men because they're suspects already because, well, they're black men, and statistics tell us black men are more likely to be suspects!  I mean, are you gonna say statistics lie?!  Why, it's mathy and truthy and all that!

Not that Mr. Cohen is a racist, but hey, cops gotta protect us from all those rampaging black males!


I wish I had a solution to this problem. If I were a young black male and were stopped just on account of my appearance, I would feel violated. If the police are abusing their authority and using race as the only reason, that has got to stop. But if they ignore race, then they are fools and ought to go into another line of work.

See?  As long as cops stop males because, you know, they're young, and male, and black, well, then it's okay to use race.  One outta three, ya know?  Besides, young black males can't blame the cops for being profiled!  They can only blame other young black males! Statistics don't lie, ya know!  Why, the logic is impeccable!

I actually came to this column because of the reaction to the hoodie remark Mr. Cohen made to Politico (and it's a doozie!),  but he does conclude his column with this insight:

There’s no doubt in my mind that Zimmerman profiled Martin and, braced by a gun, set off in quest of heroism. The result was a quintessentially American tragedy — the death of a young man understandably suspected because he was black and tragically dead for the same reason.

So Zimmerman profiled Martin, but how could Zimmerman not profile a young black man?  They're all suspects!  And who you gonna blame for that?  Except all the young black men!  At least most of 'em, because they're suspects!  It's just an American tragedy, is all it is.

Actually, I'm thinking Richard Cohen might as well be a Grand Dragon in the KKK, because I couldn't slip a piece of paper between him and a white supremacist on this issue.  That said, I'm flabbergasted by the defense of this column made by the editor of the paper:

"If I had not published the column, just as many people would be asking why the Post can’t tolerate diverse points of view," Hiatt said.

"I think if people want a 'conversation about race,' as is frequently suggested, they should be open to a range of views and perspectives. We already have published multiple such views -- not only Richard Cohen’s, but Gene Robinson on the same page, Ruth Marcus and Jonathan Capehart and our own editorial the day before -- and we’ve got more coming," Hiatt continued. "If people don’t like a particular opinion, my feeling is they should respond to it, not seek to stifle it."


I suppose if we needed to have a discussion of anti-semitism the Washington Post would feel compelled to include the views of a neo-Nazi, or of the former President of Iran on the subject of the Holocaust.  Or is one of those things really not like the other?  And if so, how, exactly, at least in terms of what's permitted to be discussed in mainstream newspapers?