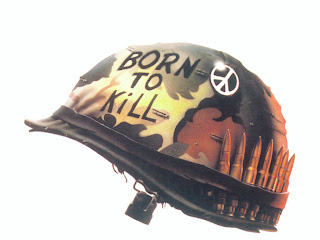 
But it was in that charge that this administration -- this Democratic administration, headed by a former professor of constitutional law -- demonstrated its willingness, if not its eagerness -- to elevate information into a tin god to whom we are all suppliants, and against whom we have no civil rights worthy of the name.

The Pentagon Papers were so small in content they fit into a book.  I used to have a copy on my bookshelf; but it was so boring, I never got around to reading it.  I finally gave up my copy because I knew, despite whatever historical significance it had, I wasn't going to open it again.  And did it end the war, or change the national conversation?

What Bradley Manning revealed seems to have been mostly gossip; which, unsurprisingly, is the conversation of diplomacy.  I tried reading a book recently on the British involvement in the American Civil War, and I drowned in the minutiae.  It was meticulously researched, right down to the tittle-tattle by diplomats (both British and American) about the personalities of everyone they encountered in either country.  ‘Twas ever thus, and after 150 years, apparently we’re safe in knowing all about it.

But who really wants to?

There is something almost new under the sun here, though it’s a difference of degree, not of kind.  Bradley Manning released, what, 700,000 documents? Someone on the radio said yesterday they were on the Internet now forever, that journalists would be writing about them for decades.

Somehow I think all the interest in what Manning released stopped with the videotape from the American attack helicopter in Iraq.  And all that told us was how much real life is just like “Full Metal Jacket.”  What, we didn’t know men with big guns would use them to annihilate people on the ground?  That’s shocking, that war is hell and atrocities occur, or at least what seems to us to be senseless violence?  Where are my smelling salts?

But what Bradley Manning did is release 700,000 documents.  On a thumb drive; or a CD; or something small and portable.  He took out a small library worth of information in the palm of his hand.  He also had 100,000 State Department cables on a workplace computer; almost 500,000 documents related to the war in Iraq and Afghanistan on an SD drive; and 10,000 cables on his MacBook.  (Per Wiki, but I checked the footnotes and I'm fairly satisfied those numbers are accurate).  To respond to that kind of loss of material, to react to that amount of information transferred to an insecure location, is not necessarily to make information a “tin god.”  Funny turn of phrase, too, since information is the product all governments trade in.  But set that aside:  has this Administration truly gone over the edge in trying to prosecute information thieves?  Or are they faced with a crime previously impossible in human history, and now so easy even a Bradley Manning or an Edward Snowden can do it?  Is there not some kind of problem here?

Where am I going with this?  I’m not sure myself, except that I don’t think the Obama Administration is signaling the return of Torquemada because they are trying not to be the Administration that let the information dam burst, that let all the data horses escape and the teraflop barn burn down.  And I’m bemused by people who pay no attention to the daily functioning of the criminal justice system suddenly declaiming “prosecutorial overreach.”  We have the highest percentage of our citizens behind bars of any industrialized country in the world.  Prosecutorial overreach is a feature, not a bug, of the system.

As for Bradley and Snowden: color me unimpressed.  Their motivations mean less than nothing to me, since they had no treasonous intent.  They weren’t paid spies of a foreign power; they were young men who thought they understood the world and who, in middle age, may well wonder what they were so excited about when they were young.  The consequences of their actions, however, reach far beyond what they did.  They are the vanguard of this brave new world; the first fruits of the Information Age.  Government runs on data the way a car runs on gasoline, and the new technology makes it easier to get that data out of those banks than to siphon the gasoline from a car’s tank.  So easy anybody with access to a USB port can do it, and walk away with more material than can be digested in a decade.