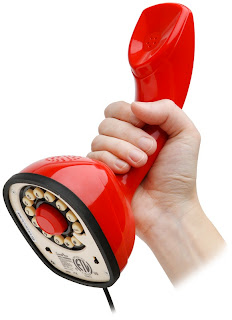 "Our NSA stories have been published and discussed in countless countries around the world, where they have sparked shock, indignation and demands for investigation. So revealingly, it is only American journalists - and them alone - who have decided to focus their intrepid journalistic attention not on the extremist and legally dubious surveillance behavior of the US government and serial deceit by its top officials, but on those who revealed all of that to the world."

Because, of course, Glenn Greenwald has never gone on TeeVee or given interviews just to talk about how this all affects Glenn Greenwald; nosireebob!

“When I was in Hong Kong, I spoke to my partner in Rio via Skype and told him I would send an electronic encrypted copy of the documents,” Greenwald said. “I did not end up doing it. Two days later his laptop was stolen from our house and nothing else was taken. Nothing like that has happened before. I am not saying it’s connected to this, but obviously the possibility exists.”


And Snowden has never tried to be sure everyone knows what a brave martyr he is:

The arrangement to entrust encrypted archives of his files with others also sheds light on a cryptic statement Snowden made on June 17 during a live chat with The Guardian. In the online session he said, “All I can say right now is the U.S. government is not going to be able to cover this up by jailing or murdering me. Truth is coming, and it cannot be stopped.”


And let's not forget why Snowden brought that up:

The second question, from The Guardian's Glenn Greenwald, read as follows: "How many sets of the documents you disclosed did you make, and how many different people have them? If anything happens to you, do they still exist?"

Sorry, Charlie, but there are reasons the American press is obsessing over the character of Messrs. Snowden and Greenwald, and it's not because the two gentlemen have been coy about the impact of this story on their personal lives, or that they've refused to let the subject wander from what the NSA is allegedly doing.  In no small part it's because Mr. Snowden has admitted getting his last job just so he could spy on the NSA, and then he flees to Hong Kong claiming he can only be free there, only to find out China doesn't really want him, Russia doesn't really want him, and now getting to a country that will take him may be tougher than he thought.  And he's really upset the U.S. won't let him travel freely, but maybe that's because he's more upset they don't think him worthy of at least an exploding cigar.  And Mr. Greenwald loves to tell us how important this story is to him, or how important he is as a journalist that the U.S. is clearly spying on him.

I wonder how Barton Gellman feels about the security of his computer?  Or that French reporter who revealed France's spying on other people's electronic communications.  Who was that again....?