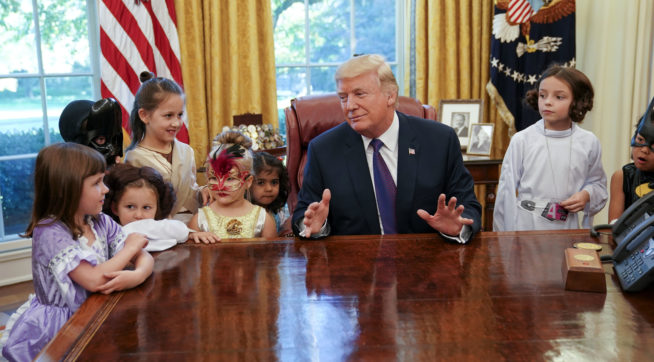 Meanwhile, back at the White House:

Borger later said that according to her sources, Trump couldn’t understand why it was taking so long to release the emails. The State Department explained that there is currently a backlog of Freedom of Information Act requests. Borger’s sources said that Trump instructed the department to “get it done.”


Trump has said he doesn't need the staff in the White House that other presidents have had, and it is well known the State Department is understaffed at the highest levels.  Trump has said he sees no need for so many people on the government payroll, but if there aren't enough lower staff members in the State Department to do the clerical work of locating and copying and releasing FOIA requests, there aren't enough staff people to search out Hillary Clinton's e-mails in what Trump would consider a timely matter.  So Trump can instruct them to "Get it done" all he wants; the number of man-hours required doesn't diminish, and the number available from the staff on-hand doesn't increase.

Not the best way to argue why staff is needed, but one of the clearest object lessons.