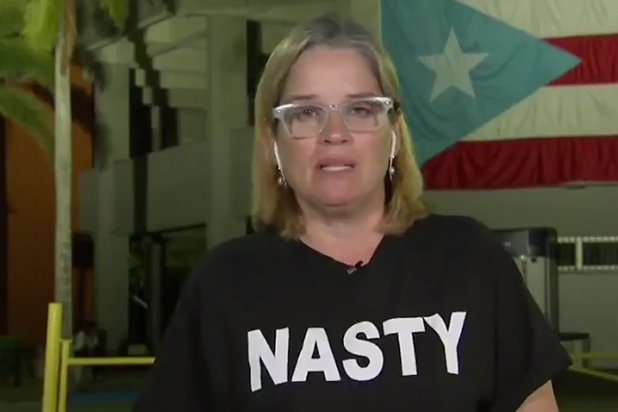 To begin with, please ignore this:


Increasingly painful to undestand the american people want to help and US Gov does not want to help. WE NEED WATER! @cnnbrk
— Carmen Yulín Cruz (@CarmenYulinCruz) October 8, 2017

The Hospital had requested support from FEMA and no response. Oh sorry they are collecting data...
— Carmen Yulín Cruz (@CarmenYulinCruz) October 8, 2017


According to the director of FEMA, this is all just "political noise" and FEMA is ignoring it.  You should, too.  This is not a public official desperate for help, any help, and pleading for attention to people without water and where hospitals are closing and putting patients at risk.  Please pay no attention.

Instead, direct your attention to the plight of the POTUS, who isn't getting enough love:


Nobody could have done what I’ve done for #PuertoRico with so little appreciation. So much work! pic.twitter.com/k2jAkIpfjI
— Donald J. Trump (@realDonaldTrump) October 8, 2017

This pathetic plea for "appreciation" is stunning.  Brian Stelter is right:  ".... there’s no bigger story in America today than the fitness of the president of the United States.  Is he fit for office? Is he stable for office?”

The only possible answer is:  No.

(The video in Trump's tweet shows a helicopter hauling pieces of concrete, one piece at a time.  One helicopter.  And people handing down boxes to other people.  A few dozen bottles of what appear to be liquid are shown.  No hospitals lighting up and treating patients, no one getting running water back.  Trump smiling and talking to people and meeting personnel in military uniforms.  But nobody's life being saved.  What the "fake news" won't show you; Trump being "presidential."  At least half the video is all about Trump doing nothing but showing up.  One helicopter; two people handing each other boxes; and Trump smiling and talking.  Apparently that's "so much work!")