Orange Juice for One 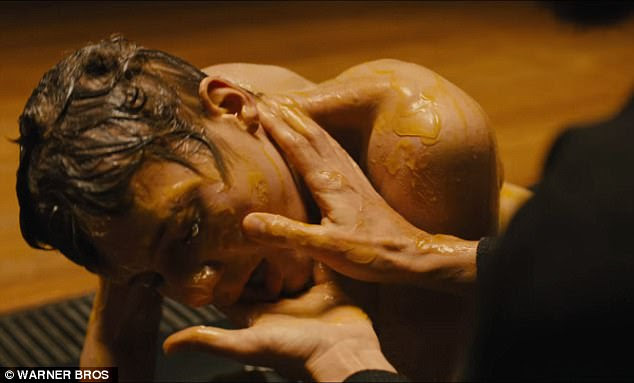 More to the point than you probably realize....

The doctor on the radio was talking about loneliness as a medical issue.  The "Blade Runner" movies were still on my mind, and I realized another difference between them:  isolation.

I'm not giving away much to say that Ryan Gosling's character is a loner, and there are reasons for that in the film.  Harrison Ford's character is isolated, too; but again, for reasons.  Still, it makes isolation a theme.  Indeed, we never see Gosling actually interact with people the way Ford did in the original.  There he played a more typical detective, gathering information from sources who obviously knew him, even dining at lunch counters where the chef recognized him.  Gosling isn't meant to be that character, so it's no slight to say his character has no human friends or relationships aside from work.  He is isolated, but that is for reasons other than purely choice.

The sharp contrast is between Jared Leto's corporate magnate, and the character of Dr. Tyrell from the first film.  Tyrell has Rachel for company, and is clearly a person comfortable with other people.  He interacts with Ford's character,  plays chess with J.F. Sebastian, a company employee, even has an almost charming encounter with his creation, which he clearly respects.  Jared Leto's character, on the other hand, is wholly isolated.  He lives for his vision, and all his actions are in pursuit of his goals.  He has no human contact, and doesn't seem to desire it.  He is wholly isolated, and it is that isolation that makes him so dangerous, so committed to what he wants, so cut off from what other people need.  Like the Silicon Valley stereotype, he's supplied their needs when he saved agriculture.  But he was only supplying his need (solving a technological problem); the benefit to others was a side accomplishment that now allows him the money (i.e., power) to pursue his other goal.

But it is a goal he can only pursue in isolation.

Whether or not loneliness is a medical ill, isolation from each other is certainly doing us all grievous harm.  As Gosling's character comes out of his isolation, he becomes even more important as a character.  Leto's character, intentionally and true to his character, reinforces his isolation.  It is not the same as loneliness, but isolation is a harm of its own.  Could we find it is the answer to the Las Vegas shooter, a man who amassed so many guns in that hotel room police report they were tripping over them?  A man who plotted the distance, trajectory, and angle of his bullets for maximum effectiveness against a crowd of strangers, and who planned to hold the police off for hours (but perhaps realized what he had done and instead committed suicide, because death up to that point had been unimaginable, and life after that point was equally unimaginable?).  Was isolation, loneliness, despite his social interactions and his girlfriend, a large but ambiguous and subjective (so hard to establish now) factor?

I have a hard time seeing how it couldn't be.  Gosling's character in "BR 2049" tracks down "his own kind" because he distinguishes himself from them; but his character distinguishes himself from humans, too.  By the end of the film he's reconsidered that approach to life.  I don't want to put too much weight on the thin reed of this film, but are we all, in one way or another, isolating ourselves to death?  Are we all longing for some other way to exist, and some of us simply not finding it?