When you can't tell the POTUS from a Russian bot.... 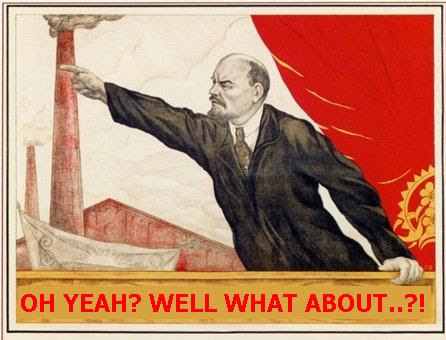 NPR tells me a new "dashboard" program tracking Russian troll/bot/cyborg activity on web was showing stories about Tony Podesta trending because of of classic Russian intelligence tactic called "what about-ism."  The tactic is meant to sow discord and mistrust by bringing up "what about" stories to show "both sides do it," and there is no justice, all is relative, etc.

Frankly, didn't sound like something I haven't heard in American politics since I was knee-high to a grasshopper, but I was surprised they didn't bother to check the President's Twitter feed for examples of how this works, or perhaps just how effective the Russian effort is.


The biggest story yesterday, the one that has the Dems in a dither, is Podesta running from his firm. What he know about Crooked Dems is....
— Donald J. Trump (@realDonaldTrump) October 31, 2017

....earth shattering. He and his brother could Drain The Swamp, which would be yet another campaign promise fulfilled. Fake News weak!
— Donald J. Trump (@realDonaldTrump) October 31, 2017

Of course, those are just the tweets about Tony Podesta particularly.

Sorry, but this is years ago, before Paul Manafort was part of the Trump campaign. But why aren't Crooked Hillary & the Dems the focus?????
— Donald J. Trump (@realDonaldTrump) October 30, 2017

....came to the campaign. Few people knew the young, low level volunteer named George, who has already proven to be a liar. Check the DEMS!
— Donald J. Trump (@realDonaldTrump) October 31, 2017