Is the GOP trying to lose the Senate? 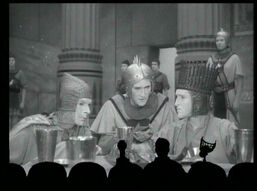 Grassley confers with Graham and Cruz; the world looks on

I wonder how many GOP Senators who are running right now want to be associated with this:

The Senate Judiciary Committee released a letter on Tuesday from Dennis Ketterer, a former Democratic congressional candidate and former D.C.-area weatherman who says he dated Julie Swetnick, a woman who has accused Brett Kavanaugh of sexual misconduct. In the bizarre letter, Ketterer details Swetnick’s alleged sexual preferences, including that she “liked to have sex with more than one guy at a time.”


I'd really rather not reference any more of this allegation than that, enough to see how slimy it is.  Clearly she didn't have sex against her will, she likes it that way.  It does go on, however, to include information that the boyfriend was told by Ms. Svetnick's father that she had psychological problems.

Which problems may well stem from a gang rape, huh?

The mole people have to dig down to find these Senators.

Adding: and this isn't going to help.