Trolling: Not just for the Internet Anymore.... 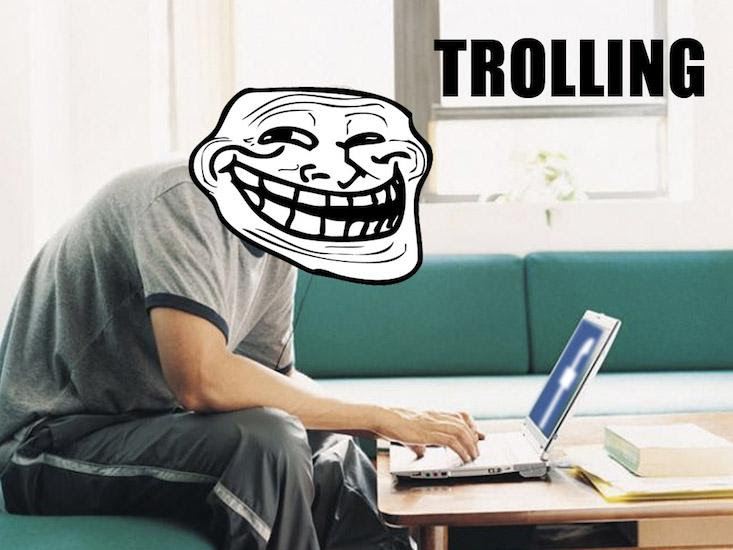 What I’m doing here is literary criticism. That’s my genre.


It's a curious thing for a Yale computer science professor to say.  It's his defense of an op-ed about Trump he's being interviewed on.  The quote from that op-ed he is explaining as literary criticism is this:

Mr. Trump reminds us who the average American really is.


As a mere adjunct professor at a community college who, however, actually teaches literary criticism, it's not my genre, it's my avocation.  And just as Dan Quayle was no Jack Kennedy, that statement is not literary criticism.  It's a proposition, an assertion, meant to be a statement of fact.  And it comes from a man who apparently hates all the people he works with and among at Yale:

I’m trying to understand the world as I see it, and in the world as I see it, two facts coincide: the dislike of the good people amid whom I spend my life for—people I’ve often lived across the street from: auto mechanics, glaziers, and ordinary, nonprofessorial, nonacademic, nonscientific types on the one hand—and the political divide in this country between those who support, not necessarily “like,” Trump, those who support him, and those who either can’t stand him or don’t support him or both.


This knowledge of non-professorial nonacademic nonscientific types leads him to strange conclusions, like this one:


I know you’ve heard his comments about Mexican rapists and all that. I assume you don’t think those are racially charged?

I think the idea that he’s a racist is absurd.

What did you think about—

I don’t think you understand that men—hard-line, wealthy, privileged WASPs—with Jewish sons-in-law are not racists. You take these things for granted. I’m a little older and I don’t.

If he has accepted and embraced Jews in his family, it is absurd to call him a prejudiced or biased or bigoted man.

So just to be clear—

Absurd on the face of it.

If you accept Jews in your family, you cannot dislike Mexicans or African Americans or Muslims? That’s your theory?

You can dislike anybody you choose. That doesn’t make you a racist. You can dislike individuals. You don’t dismiss the race, and Trump never has, of course. He has never said, “Mexicans are a race I dislike.” They’re not a race at all, and he doesn’t claim who they are. I mean, it’s the left who’s made a race of Hispanics, which is idiocy, as if Spanish-speaking people were a race and French-speaking people weren’t. I mean, you started this and we have to deal with it. You’ve built a world in which we live. We do our best handling it.

Basically, he let his daughter marry one, so Trump can't be a racist.  Gelertner likes to challenge the meaning of terms:

What did you think birtherism was?

Birtherism, these tags are meaningless. If you’re referring to them specifically, tell me what it is.


He does it again here:

So just to get you on the record, you saw nothing strange or racist in birtherism?

I will assert that I have never met anybody who raised those questions for a racist reason. And “strange”—I have no idea what you mean by “strange.”


It's kind of like arguing with a troll.  The fact that he never met someone who raised those questions for what he considers an (undefined) racist reason is a bit of rhetorical sleight of hand, but it is central to his argument.  Since he doesn't know such persons, reports of other persons are irrelevant.  It's a solipsism almost as perfect as Trump's narcissism.  Behold:

I just want to read you something Trump said. “I’ve had horrible rulings, I’ve been treated very unfairly by this judge … Now, this judge is of Mexican heritage. I’m building a wall, OK?” So he was calling into question whether the judge could rule fairly because of his Mexican heritage, which I know you do not define as a race. Fine. Mexicans in and of themselves are not a race, I get that. But that seems like he’s making a statement that someone cannot judge fairly—

I don’t remember the context of the statement. I’m not going to comment on it. If you think I’m going to stand here and defend everything that Trump says, that’s not my business.

Well, you said he doesn’t have a racist bone in his body or something, and I’m bringing it up—

Right, I certainly believe that.

OK, so you have no comment about the Mexican-heritage statement?

No, but I don’t believe it was a racist statement. I would want to look up the context.


An internet troll couldn't do better.

Gelertner demands definitions when it suits him, but he never defines "racism," except implicitly.  And implicitly, racism is a unitary term which means one is unalterably opposed to all persons who are, I guess, not white, or white enough.  Since Trump let his daughter marry a Jew, that violates the unitary rule of racism for Gelertner, so Trump cannot be a racist.

Which is so absurd it's practically grounds for losing a tenured position at Yale.  Practically.

Gelertner's primary argument seems to be that of a very self-satisfied engineer:  he knows what he knows, and what he doesn't know is irrelevant and wrong and stupid.  If you don't agree with him, then you are stupid, too.  I've known some very intelligent engineers with this type of thinking (the particulars of it seem to be peculiar to engineers; not that other intelligent people can't be just as blinkered).  So I assume he calls it "literary criticism" because he actually disdains literary criticism and thinks it is sloppy reasoning engaged in by inferior thinkers, so that's one more jab in the eye of his critics; who are all beneath contempt, anyway.  But I must admit, I've never met an engineer so determined to believe only what he wants to believe, and ignore the rest:

And two, the reports from people inside the White House and journalists outside that his day consists of watching TV, golfing, etc.?


So reports from the White House about the President's schedule are fake news?  I guess because he hasn't seen the calendar himself, he can't know if it's true or not, eh?

I'm kinda glad I only teach at a community college....