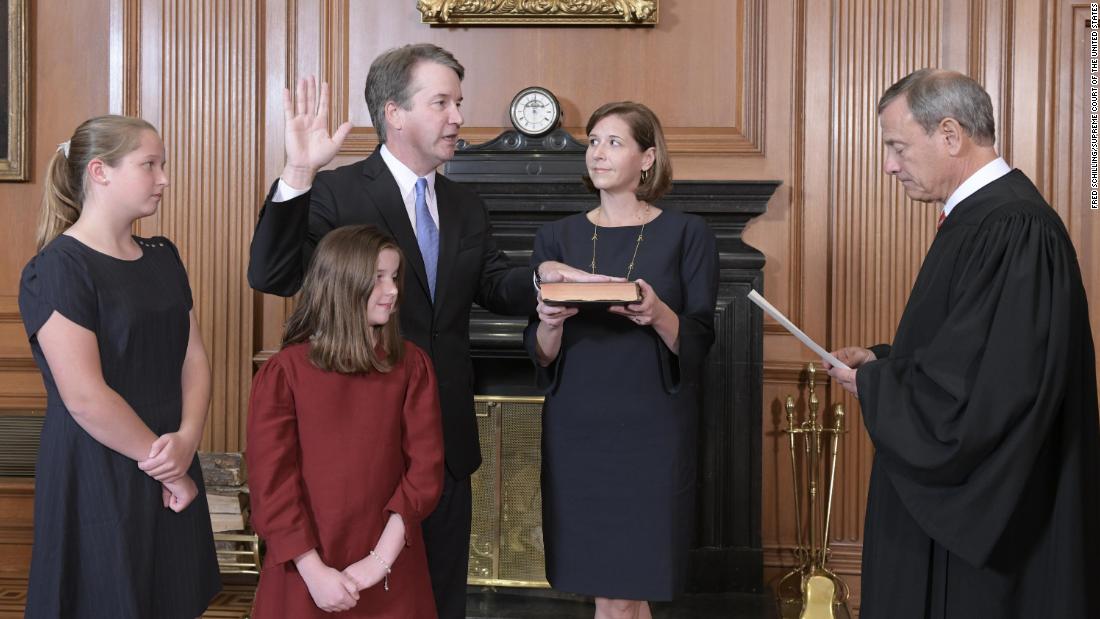 So now we have a Supreme Court Justice with a drinking problem; and a gambling problem; and a credibility problem. One with almost no experience working for clients, but plenty of experience as a political activist and an ideologue. An historically unpopular candidate (Clarence Thomas welcomes you to the recently vacated doghouse) who took the bench because of one vote.

And the stories about him keep coming, which just elevates the reputation of a court that could easily find itself being ignored one day when it gets too far away from the public ( Brown v. Board was enforced by the National Guard; it is now more honored in the breach than in the keeping and frankly, imagine a Supreme Court today throwing its institutional weight behind a fuller enforcement of Brown. Who would listen, and who would revolt?  Ignoring, or being inflamed by the Court is not an unimaginable scenario.).  Democrats are promising continued investigations as part of their election campaign. Newspapers will keep printing stories. And if it appears Kavanaugh is gambling again? Well, gamblers present risks from undue influence to outright blackmail. In the words of Walt Kelly: " What hath got wrot?"

This is not over, and will only be worse because one party will not control 2/3rds of the Senate for at least 2 more years.  If in that time the Court starts repealing rulings two generations take for granted, the anger may turn against the very institutions of government itself.  The last civil war was about establishing a complementary government. This one could be about tearing up the one we have.