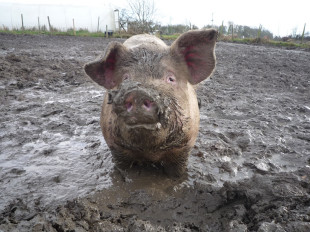 No, Sen. Warren didn't have to respond to President Trump's "Pocahontas" taunts.  For one reason, now we have this:

“I’m going to take a DNA test,” [Sen. Lindsay] Graham insisted to the Fox News hosts. “I’ve been told that my grandmother is part Cherokee. It may all be just talk, but you’re going to find out in a couple weeks because I’m going to take the this test.”

“You are going to take it!” Fox News host Brian Kilmeade exclaimed.

“I’m taking it and the results are going to be revealed here,” Graham continued. “This is my Trump moment. This is reality TV.”

“I didn’t really think much about it but [Warren is] less than one-tenth of 1 percent, I think I can beat her,” he added.


This is the old days of mulattos and quadroons and octaroons, turned on its head.  The "one-drop" rule made you black because of your ancestors; now it makes you Native American?  The Cherokee Nation is right:

“It doesn’t drill down to whether a person has Cherokee ancestry, for example, or ancestry of any particular tribe. It’s useful to connect yourself with some lineage, determine paternity, but it doesn’t narrow down the scope of who your ancestors were to any identifiable tribe,” Hoskin Jr. said to CNN’s Jake Tapper.

“We need to be clear about what it means to be a Native American and Indian in this country. And it comes down to a legal status that we frankly have fought long and hard for and are very proud of,” he added.

“We have a lot of issues, and we would rather the President of the United States and Senator Warren focus in on things that affect us, housing, health care, clean water, clean air,” he continued. “We don’t think it’s particularly useful to have them in a back and forth about a DNA test, name calling and that sort of thing.”


And we're still debating the application of the "one-drop rule":

“The elephant in the room here is whether DNA testing tells us anything about heritage or ethnicity,” Simon Gravel, an assistant professor of human genetics at McGill University for whom Bustamante served as a postdoctoral adviser.

“My personal opinion is that DNA testing should not be the way in which we determine ethnicity.”


Which explains Trump's response:  first, "who cares?", and then, he'll only believe it if he does the test:

White supremacists do not especially care what their genetic ancestry tests show, if they reveal anything that doesn’t conform with their claimed white heritage. At the same time, these genetic tests may actually be exciting to white supremacists because it gives them a scientific argument for the diversity of the European “race,” which helps them appropriate the language of diversity and multiculturalism for hateful purposes.


This is not a fight the Senator wins:  period.  This is wrestling with the pig:  you get muddy, and the pig likes it.

Adding:  I was looking for this earlier, and only belatedly found it again:

The Cherokee Nation just this week had decided to challenge a recent decision by a federal judge in Texas who declared a law called the Indian Child Welfare Act unconstitutional. The law, which was passed in the 1970s to prevent the forced removal of Native American children from their tribes, gives tribes the right to intervene in adoptions in which non-native parents adopt native children. The federal judge decided earlier in the month that the law was unconstitutional, based on the Fifth Amendment’s equal protection clause—in essence, arguing that Native American families were being given preferential treatment based on race.


This decision hinges on the notion of native identity as racial, Nagle argued, and if upheld, it could set the precedent for other sovereign rights to be stripped. That conceptualization of identity is wrong, she said, because to be a member of a sovereign nation is a cultural and political matter. After all, Nagle notes, DNA tests could never tell anyone which particular tribe their ancestor belonged to, so someone claiming native identity from a test wouldn’t know which tribe to register with.

Consider using genetics to determine whether or not you are "American," or, more directly, "Texan."  It was a bit of a controversy around this state 40 years ago, with a huge increase in migration to the Lone Star State.  "Native Texans" became a designation for the first time in my memory.  It never became so silly or important as membership in a Native American tribe, but there was a certain pride in being a "native Texan," especially if you're family had connections going back to the days of the Republic, as my daughter does through my wife.  If we start deciding who has privileges based on genetics (which is the claim of those who would seek connection to Native American tribes based on DNA), it has real consequences:

Krystal Tsosie, an indigenous geneticist-ethicist at Vanderbilt, said that on a practical level, tribal enrollment matters when it comes to arrangements with the United States government about the tribes’ rights and resources established in treaties. “Access to water, air quality, health care is tied with an individual’s ability to establish ascendancy to an individual Nation,” she said. “External factors that question biologically how we as indigenous individuals call ourselves would be dangerous.”

The other consequence is how it plays into the arguments of white supremacists.  Tie those two together, so that genetics determines certain material benefits, and you have the worst of American racism and racial attitudes run amok.  In one sense, yes, it's a long step from Sen. Warren's claims to racist chaos; on the other hand, why are we even taking sides in this matter?  It doesn't end well no matter what you think of the President, and it rests on some very ugly arguments.