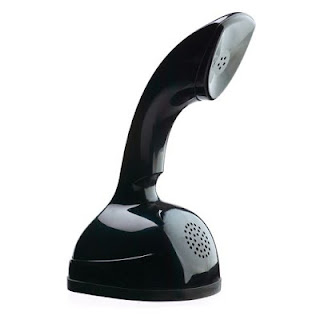 Well, not Gene Hackman the person, but Gene Hackman the actor, portraying the former NSA agent living in a compound (you can't really call it a house) that is "off the grid," because the NSA has the ability to find, in real time and almost immediately, any telephone it wants to find, based on what is being said on that telephone at the time it is in use.

This story isn't quite that bad, but you'd almost think it was.  What the NSA is doing is collecting phone records and "data mining" those records for information that might tip them off to, say, the next Boston bombers.  Is this a gross violation of privacy?  Or simply a search for a needle in a haystack?

Seriously, what are the odds the government is going to find my phone records (I don't use Verizon, but maybe my calls show up on these records anyway?  I must admit I have no idea how the phone system works anymore, or who collects what data on which phone calls) interesting enough to look at who I call (actually, I hardly call anyone.  I'm not so much a Luddite as that I really don't like telephones very much.  My friends will tell you I hardly ever call them.  Sometimes I think I should save myself the expense of telephones....)  Odds shouldn't enter into it, but I'm wondering what right to privacy I expect in my use of a telephone?  I have a right to privacy in what I say, but in whom I speak to?  If I want to keep that private, I'll limit myself to old-fashioned snail mail.

Undoubtedly the NSA could get a court order to search my mail, but that would require a very specific order and a huge implementation of manpower, just to look at whom my letters were addressed to.  Granted the unofficial Administration response to this court order is not encouraging:

The administration official said, "On its face, the order reprinted in the article does not allow the government to listen in on anyone's telephone calls."

But does another order allow that?  This is the question that disturbs.

In the Gene Hackman movie, the NSA was listening to phone calls in real time, although "listening" is almost a metaphor:  computers were "listening" to phone calls and doing speech recognition which is, so far as I know, still far beyond the ability of computers to accomplish.  Based on the words any NSA official was looking for, the phone could be located in time for the NSA to dispatch officers to the scene of the phone call almost before the call was finished.  Great stuff for a suspense film; completely ridiculous in reality.

So this issue raises 4th amendment issues, but the question is still the question faced by the AP in its outrage (now apparently subsumed by the James Rosen case):  what right to privacy do I have in phone records I don't generate and don't maintain?

So far as I know, the only record of my letter to someone, is the letter itself.  USPS doesn't generate a separate record of who I mailed what to.  Indeed, UPS is more likely to do that, so I can track delivery either to the destination, or from the shipper.  The convenience of electronic communications is also the danger:  records that are generated automatically by others by my use of their systems, are not records I have any control over.

On the one hand, I want to be shocked, outraged, and appalled.  On the other, I want to know just what "privacy" means.  The very convenience of modern communications technology is what makes this "data mining" both possible, and convenient.  If I never used a phone (except to speak to family, which is about all I do) and confined my long distance communications to letters (which I don't, anymore.  Then again, I barely e-mail, either), it would take a massive effort by the government to find out what I was up to.

I think I'm still entitled to an expectation of privacy in what I say to whom, by whatever medium (unless I publish it for public consumption, as on this blog); but I don't see how I'm entitled to privacy in the records generated by my paying to use a more convenient and rapid system.

And then, of course, there's the fact that e-mails are so easily repeatable (making the privacy interest in them somewhat dubious.  Haven't we all learned not to put into an e-mail something you wouldn't want to see on a billboard?).  Modern communications are not just convenient for me, you see.

This doesn't make me like the PATRIOT ACT, under which auspices this is supposedly authorized, anymore than I did before.  But I'm not sure I don't have some responsibility to realize that what is convenient for me, is convenient for government, too.  Also.  As well.

*Stuart Taylor just pointed out (on Diane Rehm's show) that Congress amended FISA in 2008 (?) precisely to allow this kind of court order to be issued.  So, more as less as Charlie Pierce said, the fault is with us; not with creepy Cheneyesque government officials, or even a gross overreach by this President, or a bizarre misinterpretation by the courts.    We gave the government the tools to do this; why are we surprised that they are doing it?

Adding:  or, as someone who wrote into TPM put it:

I’ve worked for AT&T for close to 15 years now, spending most of my time in the network engineering side of the house. Call records on our network can be pulled for many, many months in the past. Getting these call records is probably one of the first things they did in the investigation so they probably weren’t part of this later NSA request.

“Privacy” is a thing of the past as far as electronic communications go - the only “protection” we have is the sheer volume of stuff flying around, but every year that protection gets less and less as computers get better at sifting through everything (and they’re really already “good enough” they just don’t have the horsepower to keep up in real time).